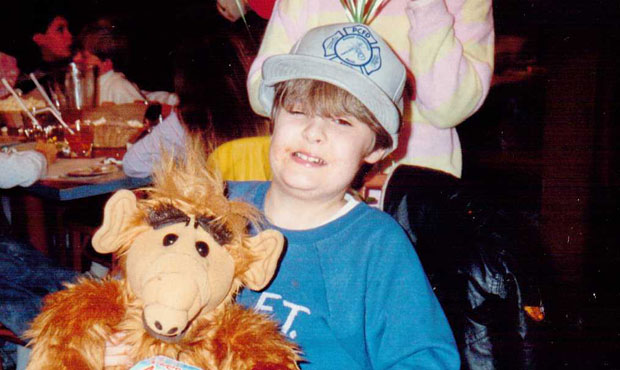 Seattle’s very own Jeopardy champ and author Ken Jennings mocked a woman who lost her disabled son when he was just 24 years old. Why? Because she supports President Donald Trump.

It was an undoubtedly sweet moment for those of us who saw Diane’s tweet. After learning the 80’s sitcom “Alf” may be returning with a reboot, she tweeted her excitement because it brought up fond memories of her son Timothy. She tweeted:

“ALF was my son’s favorite character. He had so many ALF puppets. When he died we buried them together and had an ALF engraved into his head stone. Then my daughter got an ALF tatoo [sic] in honor of her brother. No matter what, ALF is special to our family.”

It turns out, Diana is a fan of Trump; in her Twitter bio she lists “MAGA.” That was enough for Jennings to call her an “awful MAGA grandmother” before condescendingly claiming she’s “my favorite person on Twitter.”

She’s an awful person because she supports Trump? All Diane wanted to do was remember her son. Jennings retweeted Diane’s comments, so he knew she was talking about her deceased son, making his comments even more loathsome. What a needlessly cruel tweet from Jennings.

Diane’s son Timothy lived in a group home when he was 24, where she says he fell down a flight of stairs one day, succumbing to intracranial bleeding. Diane said he had “…severe epilepsy and he seized a lot and life was tough for him.”

But something he loved was “Alf” that made him “…laugh with a belly laugh that would make the whole family start laughing.”

“We watched the show with my son [because] he enjoyed it,” Diane told me over Twitter. “We bought him so many puppets, and I still have the talking doll. It’s broken but I have it. And my mother got him the ALF doll which we buried him with.”

Diane never expected such an innocent tweet to incite the ire of Jennings, whose anti-Trump sentiment has landed him in hot water before.

“Having just seen the tweet it just makes me feel violated,” Diane told me. “I don’t understand why he would choose me as a Target. I don’t even know the man. But he doesn’t know anything about me other than the fact that Alf was a favorite character in my home for very sentimental reasons.”

Diane doesn’t wish to share her full name for privacy reasons, but provided me with photos of her son, including that of his tombstone, and connected me with her Facebook page that seems to back up her identity.

This is not the first time Jennings has taken heat for his vile rhetoric. He’s rabidly anti-Trump. Back in January 2017, Jennings wished Trump would start a war and that our enemies would retaliate by bombing the Midwest and South.

“They’re hateful people in this world, period, and social media gives them an opportunity to vent their hate,” explained Diane. “A lot of people become very brave behind a keyboard. I’m willing to bet that if I was face-to-face with that man, he wouldn’t have the nerve to make a disparaging remark like that.”

The Twitterverse didn’t take kindly to Jennings’ despicable attack. Many of the tweets in response are off-brand, so you’ll have to explore on your own.

For Jennings, it’s become part of his brand: wholesome-looking, smart guy who happens to also be a truly rotten person on the inside. Hillary Clinton, as it turns out, has a nickname for people like Jennings: he’s a Deplorable.

There are a wide variety of treatments options available for men with prostate cancer. One of the most technologically advanced treatment options in the Pacific Northwest is Stereotactic Body Radiation Therapy using the CyberKnife platform at Swedish Medical Center.
Close
Jeopardy star Ken Jennings mocks mom who lost disabled son