Dori: Jay Inslee gears up for 2020 run, but doesn’t even know the state of our economy 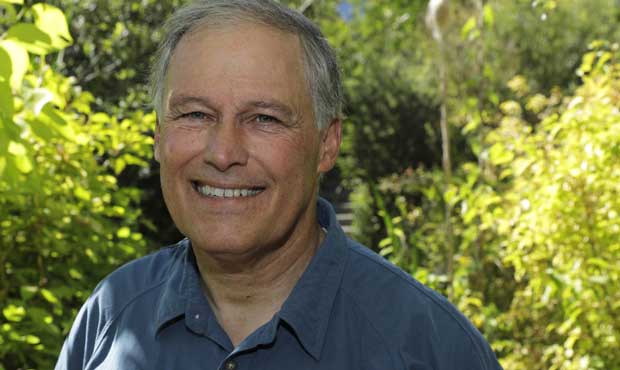 Our governor, Jay Inslee, is still looking to run for president in 2020. He was on CNN on Tuesday and told the audience exactly what they wanted to hear — that Jay Inslee is on an anti-Trump mission.

We have governors in every state who are articulating a vision for economic growth, to try to build a society where everyone can have a shot and [participate] in a better day for their kids. That is the central message for Democratic candidates.

We have an economy where everyone has a shot. There are more job postings right now than people looking for jobs. If you want to succeed economically, the president has created an environment right now where you have a chance, provided you to take a little responsibility for your own life, and you stop being one of those socialist deadbeats who thinks it’s government’s job to take stuff from other people.

I understand the reasons people don’t like the president, but economics should not be one of those reasons. When Jay Inslee argues that, that we’re finally going to give people an economic chance, it just sounds hollow.

Then there was this gem of a quote. It reminded me of the time that he tried to quote Martin Luther King, Jr., saying, “The long arc of justice is long and it bends toward justice.”

Frankly, [Democratic candidates] don’t need to talk about Donald Trump, and frankly they aren’t, and the reason is, they don’t need to.

The big question of course was if Jay Inslee is considering a run for president. He avoided giving a clear answer, as usual.

I want him to run for president so badly. I want to see the Trump-Inslee 2020 match-up.

There are a wide variety of treatments options available for men with prostate cancer. One of the most technologically advanced treatment options in the Pacific Northwest is Stereotactic Body Radiation Therapy using the CyberKnife platform at Swedish Medical Center.
Close
Dori: Jay Inslee gears up for 2020 run, but doesn’t even know the state of our economy