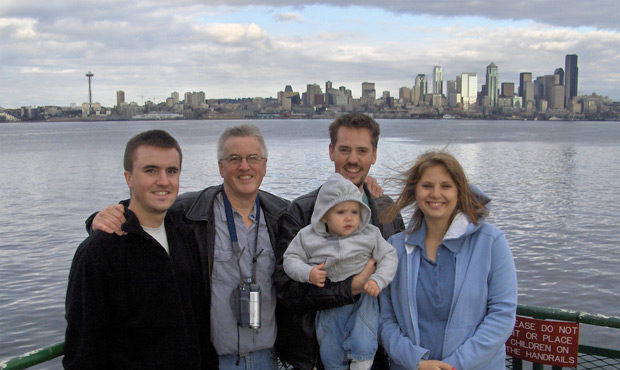 Michael Powell repeatedly lied under oath about communications he had with his brother, Josh Powell, regarding the disappearance of his sister-in-law, Susan Powell.

The lies came on Oct. 20, 2012, during a deposition tied to a legal dispute over Josh Powell’s life insurance. Josh Powell had killed his two sons and himself eight months earlier by setting fire to his rented home in Graham, Washington. Michael Powell had made a claim for some of the more than $3 million at stake.

At one point during the hourslong deposition, attorney Anne Bremner asked him about his use of Facebook.

Bremner asked him if his account was active and if it was listed under his own name.

“I’m not sure,” Michael Powell said before clarifying that he had created it while running for a seat in the Washington Legislature in 2008. Michael Powell failed to disclose that he and his brother had created a Facebook account under a false identity and used it to spy on a group dedicated to locating Susan Powell’s body.

Where is Susan Powell?

West Valley police became aware of the fraudulent Facebook account in August 2011, during what “Cold” first reported was an operation codenamed Tsunami.

Detectives had secured a wiretap on Josh Powell’s phone and were monitoring his calls as they launched a public search of abandoned mines near Ely, Nevada, on Aug. 19 and 20, 2011, looking for his wife’s body. They hoped publicity of the search would spark conversations between Josh Powell and his family members.

They intercepted several calls between the brothers, including one in which Josh and Michael Powell discussed a Facebook account they had created under the name Molly Hunt 14 months before in order to gain access to a closed Facebook group titled “Where is Susan Powell?”

“Joshua and Michael Powell believed this site to contain disparaging or harmful information related to Joshua Powell and his involvement in her disappearance,” a detective later wrote in a search warrant affidavit.

“Joshua and Michael Powell indicated in the intercepted call their desire to monitor and possibly insert information onto this private Facebook group page to distract attention from allegations related to Joshua Powell’s involvement in Susan’s disappearance,” the detective wrote. The Molly Hunt account first appeared on Facebook late on the night of June 6, 2010. It immediately joined the group “Friends and Family of Susan Powell” and made a post there.

“I feel so heartwarmed by seeing the support I see from you Susan’s friends! xoxoxox I hoep (sic) she is found very soon. ♥,” the post said.

The next morning, the Hunt account commented on another group member’s post, asking how to access the closed “Where is Susan Powell?” group. Hunt also exchanged messages with Susan Powell’s close personal friend Kiirsi Hellewell, who administered the “Friends and Family” group.

“Cold” verified with Hellewell that she did not know Hunt was likely Josh or Michael Powell in disguise.

A search of the “Where is Susan Powell?” group confirmed that the Molly Hunt account successfully joined that closed group.

Acting on a hunch, “Cold” attempted to log into the Molly Hunt Facebook account on Feb. 14, 2019, using information gleaned from police affidavits. That attempt was successful. “Cold” immediately downloaded activity logs for the account. They revealed someone using a Comcast IP address in Minneapolis, Minnesota, had changed the password to the Molly Hunt account at 3:12 p.m. on Aug. 20, 2011, while West Valley police had an active wiretap on Josh Powell’s phone. At the time, Michael Powell was living in a condominium in Minneapolis.

Just 20 minutes later, at 3:32 p.m., someone using a Rainier Connect IP address in Washington logged in to the Hunt account. A federal search warrant tied to the case and reviewed by “Cold” confirmed that Rainier Connect provided cable internet service to the home where Josh Powell was living on that date.

The Facebook records showed several sessions on the Hunt account during the month of October 2011, all from IP addresses in Minneapolis. Those included an IP address registered to the University of Minnesota, where Michael Powell was working and studying cognitive science.

The last session on the Hunt account prior to this month’s login came on Jan. 22, 2012, exactly two weeks before Josh Powell murdered his sons, Charlie and Braden, and took his own life.

Two months prior to the murder-suicide, Josh Powell made changes to the beneficiaries on his life insurance policy. He directed New York Life to distribute 93 percent of the money to Michael Powell.

During his deposition, Michael Powell made many other questionable statements.

An essay critical of the police, and of Susan Powell’s family, had appeared online days before the murder-suicide. It bore Michael Powell’s name, but he denied making many of the specific allegations in it.

Michael Powell said he had never talked to his brother about his whereabouts on the night that Susan Powell disappeared.

When asked for his belief as to whether or not Josh Powell was involved in Susan Powell’s disappearance or death, Michael Powell said he did not believe his brother had any role.

“He never gave any indication that he could have been involved. He just didn’t act like it,” Michael Powell said.

With minimal travel time required and every activity under the sun, Anacortes is the perfect vacation spot for all ages.
Close
‘Cold’: Josh Powell’s brother, Michael Powell, lied under oath