Northwest is closer to getting ultra high speed rail between BC, Seattle, and Portland 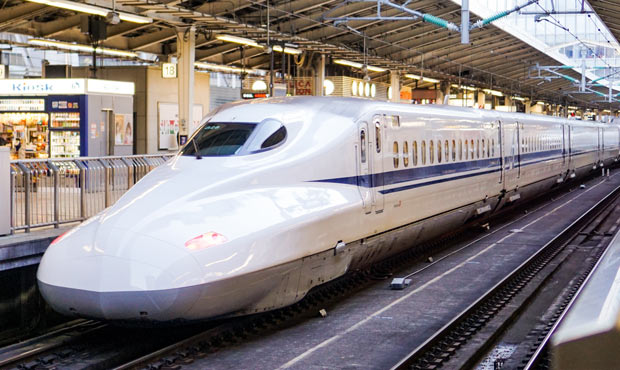 WSDOT’s “Ultra-High-Speed Ground Transportation” study and 2019 business case analysis is the latest report placed on top of that pile. It concludes that ultra-high-speed rail would be “an effective transportation project.” The end goal is to develop a transportation system that could run from Seattle to Vancouver B.C., or Seattle to Portland, within an hour and form a “megaregion.”

The new study builds on previous work started with a 2017 analysis for a new 250 mph transportation system. Then another in February 2018. Also in 2018, governments from British Columbia to Oregon, and even Microsoft contributed hundreds of thousands of dollars to further study the potential of high-speed rail between the Northwest cities — about $1.5 million total. That money paid for the study released this week.

In the introduction to the study released this week, Gov. Jay Inslee said:

My vision for the megaregion — stretching from Washington, north to British Columbia, and south to Oregon — includes a transportation system that is fast, frequent, reliable, and environmentally responsible. Such a system would unite us in our common goals related to economic development, shared resources, affordable housing, new jobs, tourism, multimodal connections, and increased collaboration.

While the rail system will be high speed, eager passengers will have to be patient. The report also sets a timeline, stating that the project could be initiated within three years, another three years for development, and then more time for land acquisition, final designs, construction, etc. The report recommends that lawmakers dedicate more funding for the project in the 2019-2021 transportation budget, then develop a steering committee.

Washington’s Legislature also funded a new high-speed rail authority in January 2019, with $224,000 (Governor Inslee initially asked for $3.25 million). Those funds are contingent upon other governments forking over some cash for the effort, too — a total of $671,000 needed. Oregon’s transportation department has contributed $225,000, and BC has provided $300,000 (CAN).

And in February, the Washington State House Transportation Committee was briefed on the high-speed potential. Lawmakers were told that significant work would be needed for tunneling, elevated tracks, bridges, and other infrastructure to make it happen. They were told it would likely be paid for with both private and public money.

Washington State Office of the Insurance Commissioner SPONSORED — Medicare’s Open Enrollment Period, also called the Annual Election Period, is Oct. 15 to Dec. 7. During this time, people enrolled in Medicare can: Switch from Original Medicare to a Medicare Advantage plan and vice versa. Join, drop or switch a Part D prescription drug plan, […]
Close
Northwest is closer to getting ultra high speed rail between BC, Seattle, and Portland