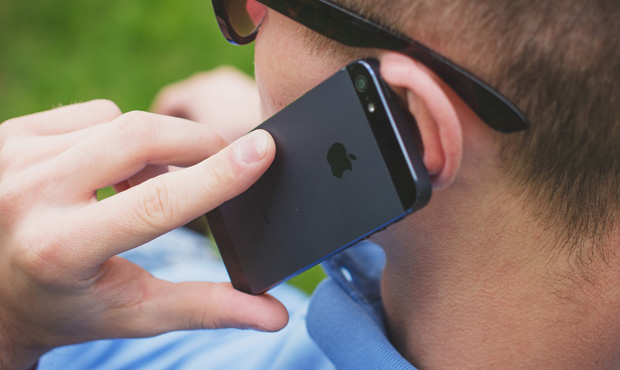 According to a report from KING5, Abbott’s mother received a call from scammers claiming to be with the Sheriff’s Office, asking for money to clear an arrest warrant issued for her. She passed the number on to Abbott, who then proceeded to call the scammers back.

Things got strange when the scammer answered the phone, claiming to be none other than Sergeant Ryan Abbott with the King County Sheriff’s Office. In this particular instance, the scammer couldn’t have chosen a worse fake identity.

Even so, it’s indicative of a larger trend that’s seen these schemes become more and more convincing to the average person — even the mother of a Sheriff’s Office sergeant.

“Crooks are getting better and better at what they do,” KIRO Nights co-host Gee Scott pointed out.

Over 20 people were fooled by this particular scam, showing up at the Sheriff’s Office in person to ask after the status of their “warrant.” Thousands of dollars have been lost in what’s largely been a convincing scheme.

“The majority of people that get scammed are usually baby boomers and above, but talking about millennials and Generation Z and everything, they get scammed just as much,” Gee noted.

That said, you could hardly be blamed for believing the best in people, especially when it’s someone claiming to be a trusted public servant.

“If you’re not a crook, then you probably don’t think like a crook,” Gee said.

To avoid these scams, the King County Sheriff’s Office notes that it would never ask for money over the phone, and to call local law enforcement if you receive a suspicious call.

Businesses in King County and Pierce County can apply beginning on October 1, 2021, at www.ComcastRISE.com for a chance to receive a $10,000 relief grant.
Close
Bizarre King County phone scam shows ‘crooks are getting better and better’