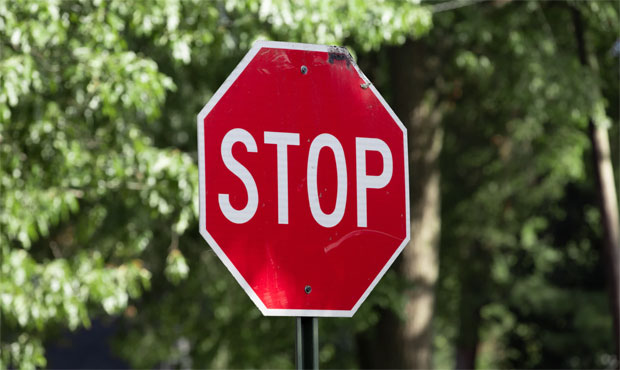 When can red mean yellow? The answer: When riding a bicycle in Washington state, according to legislation approved by the the state Senate.

On a vote of 44-1, Senate lawmakers approved SB 6208 this week, a measure that would bicyclists to treat all traffic stop signs as “yield” signs, a change that would permit them to legally roll through sign-controlled intersections without stopping (provided it’s safe to do so). Currently, bicyclists are required to obey the signs in the same manner as vehicle traffic.

The measure would not apply to traffic lights.

In testimony to the Senate Transportation Committee, State Sen. Andy Billig said the change would improve safety for both cars and cyclists.

“The bill allows cyclists to keep up their momentum,” the Spokane Democrat said. “And to keep distance from cars.”

“Often at stop signs, the bikes are hanging back on the side,” he continued, “[They’re] really in the blind spot of cars. When this has been done in other states, it really increases safety as well as convenience.”

Billig added that the change also is something motorists would appreciate. When a cyclists comes to stop signs, it takes them a while to get back up to speed. If they roll through, he said, they can more easily and quickly get out of the way of trailing motorists.

Lawmakers hinted that questions remain about SB 6208, including whether electric bicycles should also be allowed to roll through stop signs, given their relative higher average speeds and ability to accelerate quickly. As currently written, electric bikes would be included in the changes in the same manner as regular bicycles.

The measure now is headed to the state House of Representatives. Similar bills have become law in four other states, including Arkansas, Delaware, Oregon and Idaho.