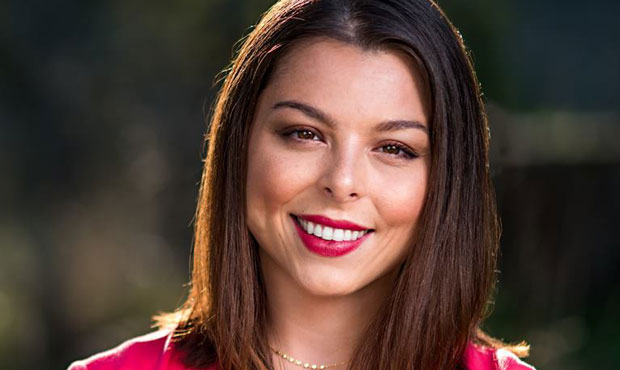 The comprehensive sex ed bill that just passed the Washington State Legislature has angered many parents who say that its curriculum is not age-appropriate — and it has inspired one of them to jump into the 2020 race for Washington State Superintendent of Public Instruction.

Maia Espinoza, who directs the Center for Latino Leadership and in 2018 unsuccessfully ran for the Washington House of Representatives, said she was disturbed to see what her third-grader and middle-schooler could be learning in school thanks to the bill.

While advocates of comprehensive sex ed say it would keep lessons age-appropriate, covering consent and inappropriate touching in younger grades and only getting into sexual topics at puberty, parents who have seen the actual curriculum samples disagree. Lesson plans for second-graders include identifying parts of genitalia, and one book approved for fourth-graders shows graphic cartoons of people having sex in different positions.

“People who are in favor of this law being passed think that it’s about consent and think that we can opt out and think that we have curriculum options, but … in kindergarten through third grade, there is only one approved curriculum,” she said. “And that’s exactly where parents are getting these images … from the curriculum already approved. And so there’s no choice.”

Since Superintendent Chris Reykdal and his office approve state curriculum, Espinoza decided that a change in leadership was needed.

“We need someone in this role who has political courage, not someone who uses their office to advance a political agenda,” she said.

She believes Reykdal’s mistake was making sex ed a party-line issue instead of a neutral topic; instead of the normal, age-appropriate topics taught in typical Washington classrooms, she said he has allowed a new curriculum that gets explicit at early ages.

“We wouldn’t be so concerned about it if we weren’t aware of the curriculum that he thinks is okay,” she said. “What was normally being taught in school was not the issue. They wanted to really step this up, and they did it in the dead of night, party line.”

As superintendent, Espinoza would not necessarily want to get rid of the sex ed curriculum, but rather add options.

“I certainly would look at it and have my own task force of parents, with both dissenting people and those who think this is okay– get in a room and take a look at this stuff,” she said. “I’m not the type of leader who would come in and say, ‘This is my vision and I’m changing it.’ I would get people together from both sides, as I do in all my work in politics, to make sure we get something that appeals to everyone.”

While Reykdal has said that the curriculum needs to be approved by each individual school district, Espinoza said it actually takes away that piece of local oversight.

“Parents and school districts don’t have the options that they normally have … it takes away the local control choice and mandates these specific approved curriculum statewide,” Espinoza said. “We don’t do this with any other subject, but for whatever reason, [Reykdal] thought it was important to do with this subject.”

Espinoza was especially hurt when Superintendent Reykdal made a metaphor between parents opposing sex ed and people who still believe the Earth is flat (see 58:00 in this video).

“I understand that they want to make sure we’re teaching about consent — we appreciate all of that, but [not] the disturbing elements of this,” she said. “We’re being referred to as flat-Earthers and Holocaust deniers because we’re concerned about the content that is being approved.”

Chief among Espinoza’s other concerns is how far Washington public schools lag behind the rest of the world.

“Our public schools are not measuring up, unless you’re lucky enough to live in a neighborhood with an exceptional school — which actually reaffirms my point. Exceptional schools are the exception, not the norm; our schools have been failing for a long time,” she said. “But this issue, another piece to take away parental involvement … is really the last straw. We’ve got to do something about that.”

There are a wide variety of treatments options available for men with prostate cancer. One of the most technologically advanced treatment options in the Pacific Northwest is Stereotactic Body Radiation Therapy using the CyberKnife platform at Swedish Medical Center.
Close
Sex ed bill inspired activist Maia Espinoza to run for superintendent