All Over the Map: Lawmakers move to protect National Archives and promise to find funding A bipartisan group of members of the U.S. House of Representatives, including Rep. Pramila Jayapal, (D) Washington, and Rep. Don Young, (R) Alaska, introduced a small piece of legislation this week that would change the law that nearly led to the sale of the Seattle branch of the National Archives and Records Administration (NARA).

The change, which would amend the Obama-era Federal Assets Sale and Transfer (FASTA) Act, would specifically require the federal government to consult with any federally recognized Indian tribe who might be affected by the potential sale of federal real estate. And this would, effectively, prevent any future sale of the Seattle facility, which dozens of tribes have depended on for decades.

In the specific wording of the cleverly-titled “Assuring Regular Consultation to Have Indigenous Voices Effectively Solicited” – or “ARCHIVES” – Act, “if the proposed sale or transfer would affect access to Federal agency services by a federally recognized Indian Tribe, the relevant Federal agency shall consult with all Tribal governments that may be so affected.”

“I do think that it’s something we have to be much more conscious of, [which] people have not taken seriously,” Rep. Jayapal said. “And, as we have seen the conversation around racial justice elevated, the role of the tribes and the consultation with tribes is something that a lot of people don’t understand, unfortunately, and don’t recognize as being absolutely crucial to how our democracy was constructed.”

Since late in the Clinton administration, an executive order has required “regular and meaningful consultation and collaboration with tribal officials in the development of Federal policies that have tribal implications,” but subsequent administrations, and many pieces of federal legislation, have not always embraced the spirit or intent.

This is something Rep. Jayapal is well aware of, and is what makes the ARCHIVES Act somewhat unusual.

“So that is what we’re trying to do here is to show that, no, we are not just saying there needs to be consultation,” Rep. Jayapal said, “but that you actually could not sell or transfer the federal property if it reduces or eliminates access to federal agency services by a federally recognized Indian tribe.”

“I think that is new language, and language that may need to be utilized in other situations as well,” she added.

The threat of closure and sale of Seattle’s NARA facility goes back to at least 2019, when the federal government ramped up efforts to raise money through fast-tracked sales of high-value real estate under the provisions of FASTA.

Seattle was targeted because officials of the obscure federal agency running the sale – known as the Public Buildings Reform Board (PBRB) – claimed that the facility, and the photos, maps, and other documents stored there were underutilized, and that the building needed millions of dollars of upgrades to be able to continue serving the public.

The formal decision to close the facility – and to move the contents to other NARA facilities in California and Missouri – included no public process, and no consultation with stakeholders – the individuals, government agencies, not-for-profit groups and Indian Tribes who most often access the materials stored there.

After KIRO Radio broke the story in January 2020, public outrage was followed by a grassroots campaign by museums and tribes, a lawsuit by Attorney General Bob Ferguson, and then, earlier this year, a reversal by the Biden administration’s White House Office of Management and Budget, which meant a formal halt of the sale of the Seattle facility.

An identical ARCHIVES Act bill was introduced in the Senate in April – also bipartisan, with Sen. Lisa Murkowski, (R) Alaska, joining with Pacific Northwest Democrats, including Sen. Maria Cantwell and Sen. Patty Murray from the Evergreen State. There’s no timeline yet for when either bill might pass and the new law make its way to President Biden’s desk, but recognizing tribal rights and protecting the Seattle branch of the National Archives are apparently two things that Republican and Democrat federal lawmakers in the Northwest can agree on.

And while tribal consultation is an important step in preventing future attempts by the PBRB or some other agency to shut down Seattle’s National Archives, officials with NARA and the General Services Administration (GSA) – the federal agency that actually owns and maintains the physical plant – will still point to tens of millions of dollars worth of deferred maintenance at the Seattle facility, as well as the need to digitize more of the one-of-a-kind materials stored there (as well as at NARA’s other facilities around the country) to create more accessibility.

Rep. Jayapal told KIRO Radio on Thursday that she’s willing to work on getting the funding needed in Seattle.

“I feel like if we can get the facility saved, if we can pass this bill, that will get us a long way to then working together in a bipartisan way to allocate the resources that are needed,” she said. “And frankly, it’s a wake-up call around that, too. Why do we wait until the very last minute to find these kinds of resources? It had not been flagged for any of us that these things were needed, that [deferred maintenance and other needed improvements] would potentially lead to the sale of the building.”

As any professional archivist knows, good management of priceless resources has two fundamental components: preservation and access. Rep. Jayapal seems to understand this, and seems to see the value in both halves of the equation.

“I think we need to invest more resources into preserving these historical treasure troves, is what they are, and making them available to everybody,” she said. 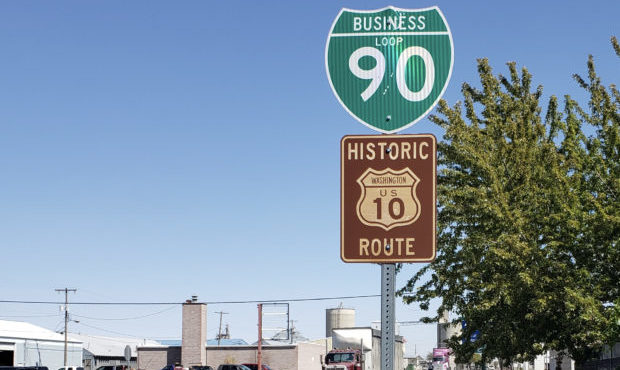 Marysville Police Department SPONSORED — Contrary to what you may read in the news, there is at least one strong community in Western Washington who avidly supports their police department. Marysville, nestled among rich farmland in beautiful Snohomish county offers the very best of every part of Washington State with proximity to water (Sound, lakes, […]
Close
All Over the Map: Lawmakers move to protect National Archives and promise to find funding