New play remembers the women of the Seattle grunge scene 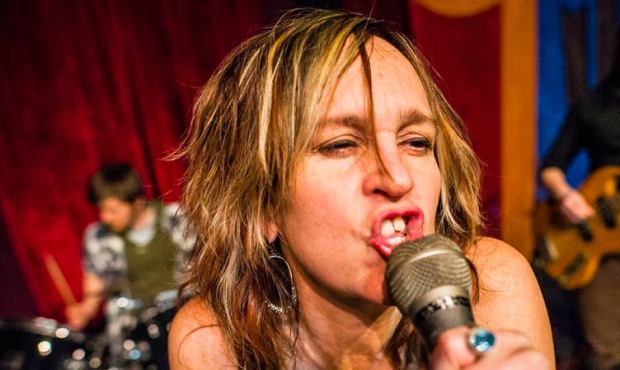 When all of the books, movies and other retrospectives about the history of Seattle’s grunge scene came out, most seem to have forgotten a major component: women. But a new production debuting this week at Seattle’s ACT Theater aims to fix that.

“The women that were deeply a part of the scene, playing with guys and totally in the scene with everybody seemed to have gotten dropped when the historic retelling kind of happened,” says Sarah Rudinoff, co-creator of “These Streets” making its world premier Thursday night.

The play focuses on a group of young female musicians living together during the heyday of the grunge scene as they go shoulder to shoulder with the likes of Pearl Jam, Nirvana and Soundgarden, carving out their own musical identities. While the story is fictionalized, Rudinoff and co-creators Gretta Harley and Elizabeth Kenny based the script on over 40 interviews with members of bands like Hammerbox, The Gits and 7 Year Bitch – bands that either featured women or were all women and were instrumental during the height of the era.

“We thought, ‘This has to be heard.’ People need to hear these songs, this music, and just the story of what happened here seen through the point of view from a young woman rather than a young man,” says Rudinoff.

It’s particularly personal for Harley, who played in a number of bands during the time.

So what inspired the women of the time? Harley, who played violin from a young age, says it was the same thing about playing loud and fast that inspires every young person: a desire to let loose and express herself in a way nothing else could.

“Even though Beethoven did something for my angst, it wasn’t quite enough until I picked up an electric guitar and I think that the power that happens with playing rock music when you’re trying to figure out who you are there’s nothing like it.”

The show features Harley and other musicians in a live band playing over a dozen songs from the time, along with contemporary originals as the play shifts to today, and we meet Kenny returning to music after years away to work and raise children.

“We were saying that we like this music now even more than we liked it then. It’s really just stood the test of time,” says Rudinoff.

The creators hope “These Streets” can be more than just an entertaining night at the theater. They’ve partnered with the University of Washington library to archive all of their interviews, created an art installation in partnership with Capitol Hill art space The Project Room to display pictures and memorabilia from the era, and a website showcasing videos, recordings and other background to keep the history alive and inspire future generations.

“My fantasy is that it just keeps growing, that it becomes sort of this aggregate place for women who rock,” says Rudinoff. “We can send people there and everybody who’s teaching kids music should send them there so that girls start to have this very clear role model, so it’s not just Joan Jett.”

You can hear my extended interview with Gretta, Sarah and Elizabeth Saturday night at 7 p.m. and Sunday afternoon at 5 p.m. on Seattle Sounds.

With minimal travel time required and every activity under the sun, Anacortes is the perfect vacation spot for all ages.
Close
New play remembers the women of the Seattle grunge scene