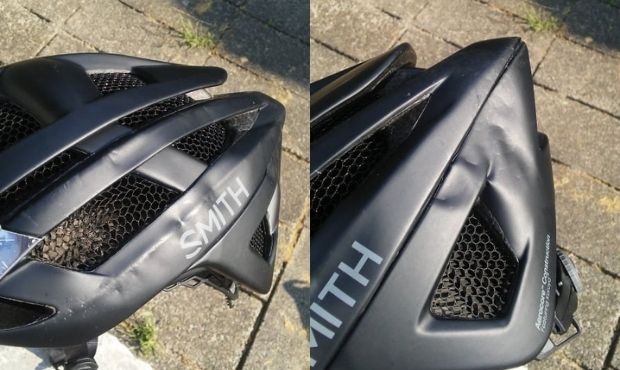 Renton man knocked off bike, injured by 4 teens who were then released A Renton man named Steve says he was knocked off his bike and beaten by a group of teens Tuesday afternoon while riding on the Cedar River Trail.

He told KIRO Radio’s Dori Monson Show that a few teens, who are apparently well-known to Renton police, knocked him off his bike with a skateboard, and left him with injuries that require surgery. Two witnesses who saw the whole incident helped scare the teens off, and then identified them for police.

Steve wrote in a Facebook post that the police knew who the teens were and were able to go right to their house as they have “a long history of violence.”

He now has broken ribs and a broken shoulder that he says will require surgery and six to eight weeks of recovery. After calling the police the next day for an update, Steve says he found out the teens were released, and that the kid with the skateboard is awaiting trial on four other charges.

“I’m the victim and I’m becoming the prisoner in my own neighborhood,” Steve wrote.

He now has injuries, a damaged bike, and says he is unable to work because he’s a massage therapist and can’t do his job with one arm.

“I’m not saying any of that to feel bad for me, I’m telling you these criminals have more rights and safeties than the public,” he wrote.

The King County Prosecutor’s Office told the Dori Monson Show that the suspect was released by police to his family before the case was referred to their office and was not booked. Another person also looks to have been released without being booked.

The prosecutor’s office added that “police said they tried to contact the juvenile detention facility to determine if the primary suspect could be booked, but the numbers they tried either didn’t work or no one answered.”