WASHINGTON (AP) — Joe Biden set out to be a president who under-promised and over-delivered.

That worked, until it didn’t.

As the White House tries to nail down a nearly $3 trillion domestic package that Biden frames as a historic investment in infrastructure and social spending, the moment is clouded by a sense among many on the left that the pared-back package falls far short of the lofty expectations set by the president himself.

“I know it’s hard,” Biden said Thursday, even as he sought to claim a victory for having crafted the “framework” of a social spending plan that he believes — or hopes — can pass Congress.

“I know how deeply people feel about the things that they fight for,” he added. “No one got everything they wanted, including me. But that’s what compromise is.”

It was not the triumphal moment the president had envisioned as he flew to Europe for economic and climate summits, landing in Rome early Friday. Instead, he and other Democratic leaders were left to almost plead for the support within their party to pass Biden’s signature legislative proposal. He was buffeted both from the liberal wing of his party and from moderate holdouts, Senators Joe Manchin of West Virginia and Kyrsten Sinema of Arizona.

He’s facing disgruntlement from some allies that the latest iteration of the proposed deal doesn’t meet his campaign aims as the ambition — and price tag — of his domestic legislative agenda has been repeatedly whittled back to secure the votes of members of his own party.

Biden marketed himself to voters as a competent leader whose deep experience in the ways of Washington could yield meaningful change through legislation, a clear counterpoint to President Donald Trump’s blunt-instrument approach to policy. Instead, Biden was left not to negotiate with Republicans, but with his fellow Democrats, and he did not appear to succeed yet in persuading them, at least not on his preferred timetable.

House Speaker Nancy Pelosi told Democrats behind closed doors that “when the president gets off that plane, we want him to have a vote of confidence from this Congress.”

“In order for us to have success, we must succeed today.”

As the day dragged on, that appeared increasingly unlikely.

None of that kept the president from claiming to be on the cusp of historic achievements.

Biden and his allies stress that the proposed deal, though far smaller than first envisioned, would represent record spending and that new programs in the $1 trillion infrastructure bill and the $1.75 trillion social spending and climate legislation would boost American competitiveness, lift people out of poverty and ease the burdens of working families.

As he arrived at the U.S. Capitol on Thursday morning to urge House Democrats to get behind the framework, he was greeted by environmental protesters who said he was giving up too much. Later, Sen. Bernie Sanders, the Vermont independent who caucuses with Democrats, grumbled that Biden’s plan has “some major gaps in it” and that the bill does not provide relief on prescription drug costs.

When it became clear that holdout Democrats still weren’t on board, Rep. Cori Bush, D-Mo., said she felt “bamboozled because this was not what I thought was coming today.”

Biden administration officials and allies pushed back against the angst from the liberal wing of their party. They noted that the plan has the biggest spending ever for combating climate change –$555 billion — and the greatest expansion of education, with free, universal childcare, since the establishment of free high school.

“How can I say this is transformative? Because it is,” said Pelosi. She argued that the framework would lead to millions more Americans gaining access to health care, add thousands of jobs and benefit the environment.

Biden’s plan was first brought forward as a $7 trillion “Build Back Better” agenda in mid-2020 that also had much of what became the $1.9 trillion COVID-19 relief bill passed in March. His domestic proposals were offered as part of a plan to pull the nation from the depths of the pandemic and set it on a course toward an even more prosperous future.

Rebranded — for a time — as the American Families Plan, it formed the backbone of Biden’s first address to a joint session of Congress in April.

It included long-sought Democratic priorities like measures to bring down the cost of prescription drugs, raise the minimum wage to $15 per hour and provide 12 weeks of paid family leave. Each of those provisions fell out of the bill during the months of negotiation.

Before departing for Europe, Biden spoke of the latest version as if he had achieved a consensus and compromise in the classically understood sense — between the two political parties.

In fact, he was actually talking about bringing together legislators from his own party — many of whom didn’t hide their frustration at Biden’s dramatic scaling back of his ambitions for the bill. The moment showed that Biden, while he’s found success in getting his party to unite in opposition to Trump, has had less luck getting a fractured rank-and-file to fall in line on policy fights.

Many of the cuts that are irking the liberal wing have also been painful for Biden. He’s repeatedly talked about issues like paid family leave and drug costs in personal terms.

Biden also had to pull back on his hopes of making permanent a proposal to extend the child tax credit that was in his $1.9 trillion relief plan passed earlier this year. The credit, which has helped to cut child poverty by nearly half by some estimates, would be extended only by a year. That leaves a future Congress to decide whether to sustain it.

Julian Zelizer, a Princeton University historian, said it was unclear that many Americans would quickly feel the benefits of what was left in Biden’s plan. That might make it difficult for Biden, whose approval rating has cratered in recent weeks, to benefit politically if the bills finally become law.

“The parts of the plan that would have immediate impact, like family leave and the prescription drugs, have been stripped out,” Zelizer said. “Parts of the plan won’t last forever. I am not certain that Americans are going to feel impact before some of this comes and goes.”

From the beginning, Biden faced headwinds as he sought to craft a social services and environmental spending plan to rival FDR’s New Deal, working with the backing of only slim Democratic majorities in the House and Senate. Manchin and Sinema’s hesitance on various aspects of the package made Biden’s big aspirations an uphill battle from the start.

Jim Kessler, executive vice president of policy at the center-left group Third Way, said lessons learned by President Barack Obama, who was criticized by many on the left for not pushing for more stimulus in the midst of the Great Recession more than a decade ago, fed into the president’s decision to shoot for the moon.

While Biden fell short of his initial goals, Kessler said that lost in the noise is that the pared-down spending plan is still among the most significant domestic policy efforts of the last century.

“The $1.9 trillion American Rescue Plan soon after he came to office was huge,” Kessler said. “Now, if these two bills pass, those are big bumps. It feels like morning broke here as we go into November for the Biden presidency.”

Obama himself chimed in to make the point that Biden was right to swing for the fences.

“The Build Back Better framework doesn’t contain everything that the President proposed and that some had hoped,” Obama said in a statement. “But that’s the nature of progress in a democracy.” Still, Obama called it a “giant leap forward” for the country. 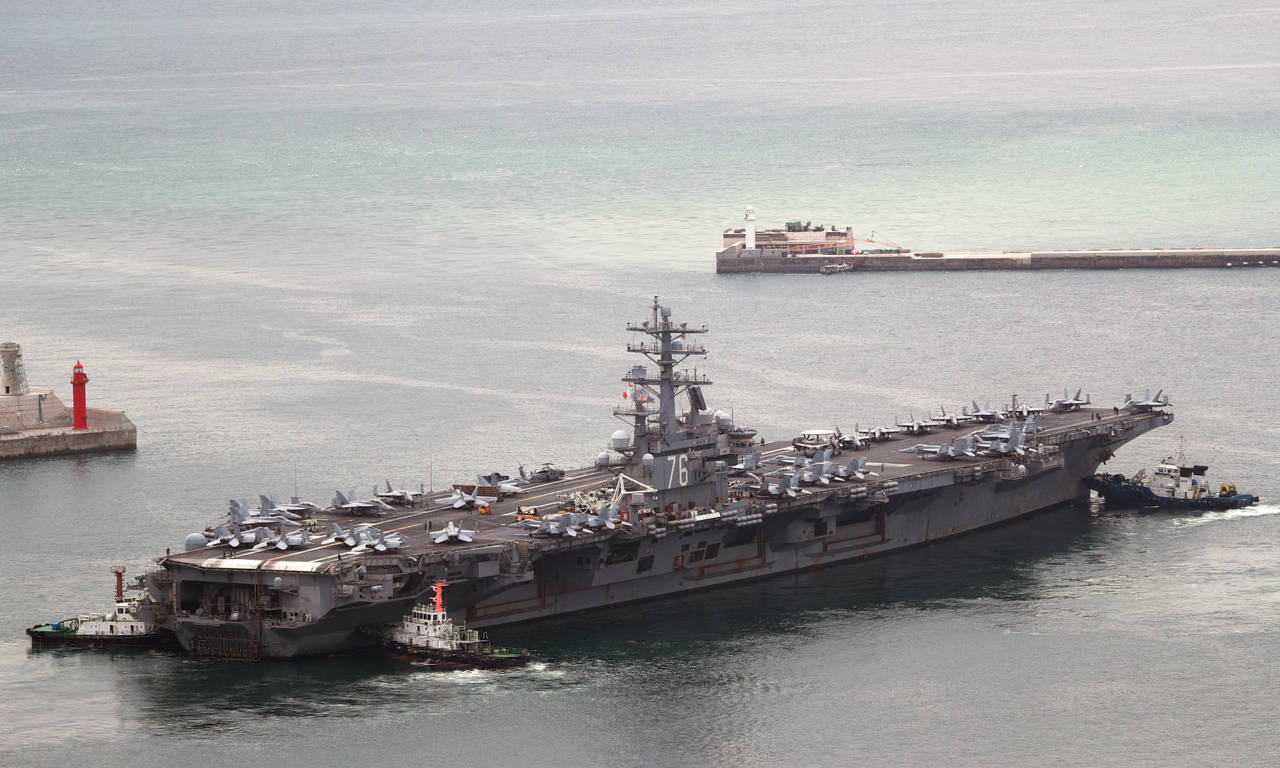 SEOUL, South Korea (AP) — A U.S. aircraft carrier and its battle group launched drills with South Korean warships off the Korean Peninsula’s east coast on Monday in their first such training in five years, a day after North Korea test-fired a short-range ballistic missile in a possible response to the exercise. North Korea could […] Celebrity Cruises SPONSORED — A round-trip Alaska cruise from Seattle is an amazing treat for you and a loved one. Not only are you able to see and explore some of the most incredible and visually appealing natural sights on the planet, but you’re also able to relax and re-energize while aboard a luxury cruise […]
Close
Analysis: Biden faces liberal angst after under-delivering