Norway's Minister of Finance Trygve Slagsvold Vedum, foreground left, presents NATO Secretary General Jens Stoltenberg as Norway's new central bank chief, at a press conference in Oslo, Norway, Friday, Feb. 4. 2022. Norway’s next central bank governor will be NATO Secretary-General Jens Stoltenberg. His tenure at NATO ends later this year. Norway’s government announced his appointment at the central bank in a statement Friday and said it hopes he can start in his new role around Dec. 1. (Terje Bendiksby/NTB scanpix via AP)

Stoltenberg’s tenure at NATO ends later this year. Norway’s government announced his appointment at the central bank in a statement and said it hopes he can start in his new role around Dec. 1.

“I am grateful for the trust and am looking forward to taking on the job,” Stoltenberg told a news conference, which he attended by videoconference from Brussels where the 30-member military alliance is headquartered. He was informed Friday that he got the job.

The current governor of Norges Bank, 70-year-old Øystein Olsen, is retiring this year after holding the position since Jan. 1, 2011, for two terms.

He became NATO secretary-general in 2014. After a successful first term, his mandate at the trans-Atlantic alliance was extended.

Stoltenberg has been praised for steering NATO through a difficult period under the Trump administration, when the U.S. threatened not to come to the aid of member countries that weren’t spending enough on defense.

The appointment comes at the same time as NATO plays a key role in the crisis between Russia and the West.

“Mr. Stoltenberg has made clear that until that time, his focus remains firmly on his NATO responsibilities,” a NATO official said in a statement.

Finance Minister Trygve Slagsvold Vedum said he wanted to find “the best central bank governor for Norway, and I am confident that it is Jens Stoltenberg.”

“The combination of financial background, understanding of society and a management experience few in Norway have, makes him very suitable as top manager of Norges Bank,” he said in a statement.

He added that deputy governor Ida Wolden Bache will be the interim governor until Stoltenberg can take over.

“I am especially looking forward to working” with Wolden Bache,” Stoltenberg told the news conference, adding the deputy governor who also had applied for the position has “experience and knowledge that has been of great benefit to the bank.”

Olsen said in a separate statement that Stoltenberg is “a committed and skilled economist,” and that the bank would be “in safe hands” with Wolden Bache.

During the news conference, Norwegian media quizzed Stoltenberg about his close personal relationship to Prime Minister Jonas Gahr Støre. Both are members of the Labor Party. As central bank governor, he has to be independent of any government.

“I have long experience from having friendships with people and I have integrity in relation not to sharing information when relevant. NATO is an example. I have dealt with many people where I have to take care of independence and not share much information,” Stoltenberg said, adding he still wanted to be friends with Gahr Støre. 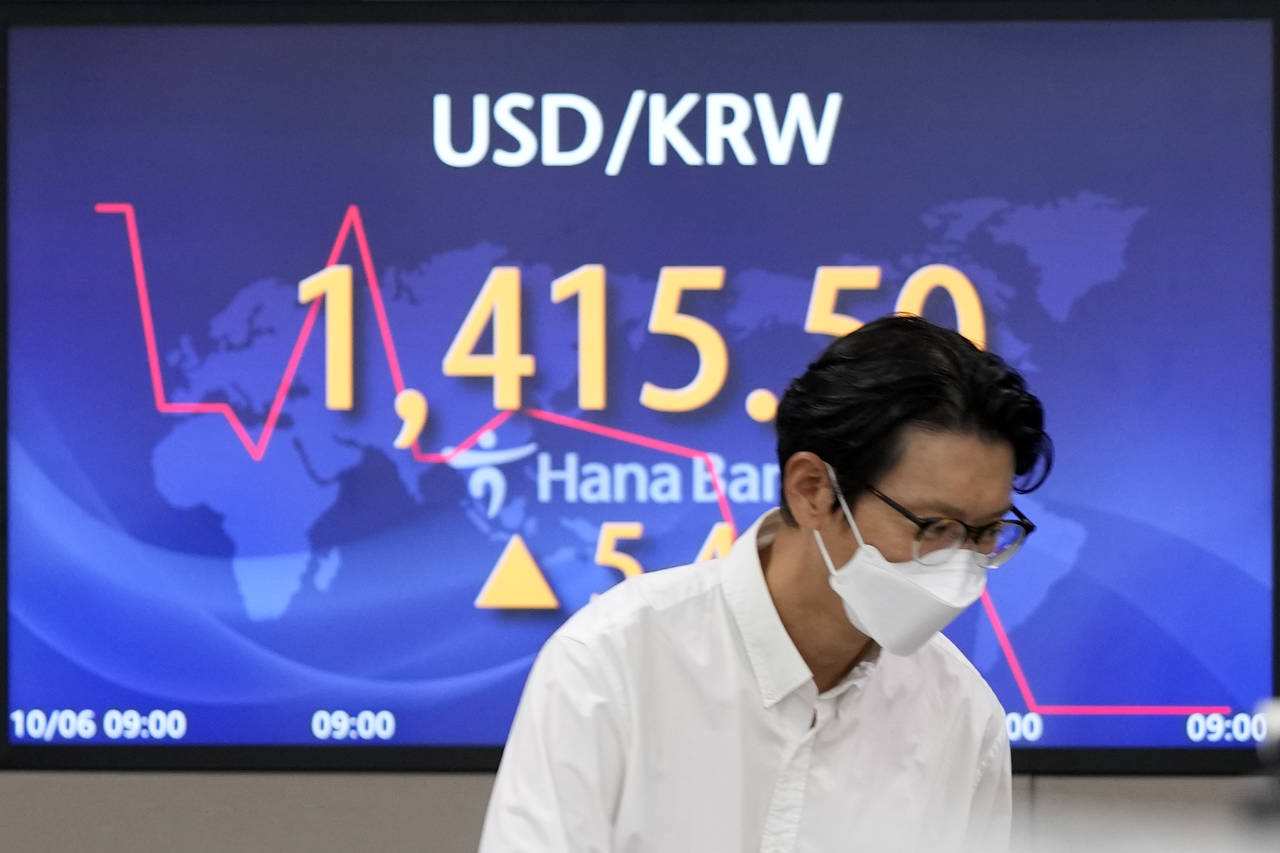 BEIJING (AP) — Asian stocks were mixed Thursday after strong U.S. hiring dampened hopes the Federal Reserve might ease off plans for interest rate hikes and the OPEC group of oil exporters agreed to output cuts to shore up prices. Tokyo and Seoul advanced while Hong Kong and Sydney declined. Chinese markets were closed for […] PHOENIX (AP) — Arizona voters this November will decide whether to allow students regardless of their immigration status to obtain financial aid and cheaper in-state tuition at state universities and community colleges. At least 18 states, including California and Virginia, as well as the District of Columbia now offer in-state tuition to all students who […] NEW YORK (AP) — Kevin Spacey heads to court Thursday to defend himself in a lawsuit filed by Anthony Rapp, the actor who in 2017 made the first in a string of sexual misconduct allegations that left the “House of Cards” star’s theater and filmmaking career in tatters. The trial, expected to last less than […] WATERBURY, Conn. (AP) — A Connecticut jury is expected to hear closing arguments Thursday in a trial to determine how much Infowars host Alex Jones should pay for persuading his audience that the 2012 shooting at Sandy Hook Elementary School was a hoax perpetrated to impose more gun control laws. The six-person jury could begin […]

Celebrity Cruises SPONSORED — A round-trip Alaska cruise from Seattle is an amazing treat for you and a loved one. Not only are you able to see and explore some of the most incredible and visually appealing natural sights on the planet, but you’re also able to relax and re-energize while aboard a luxury cruise […]
Close
Stoltenberg to become Norway’s next central bank governor