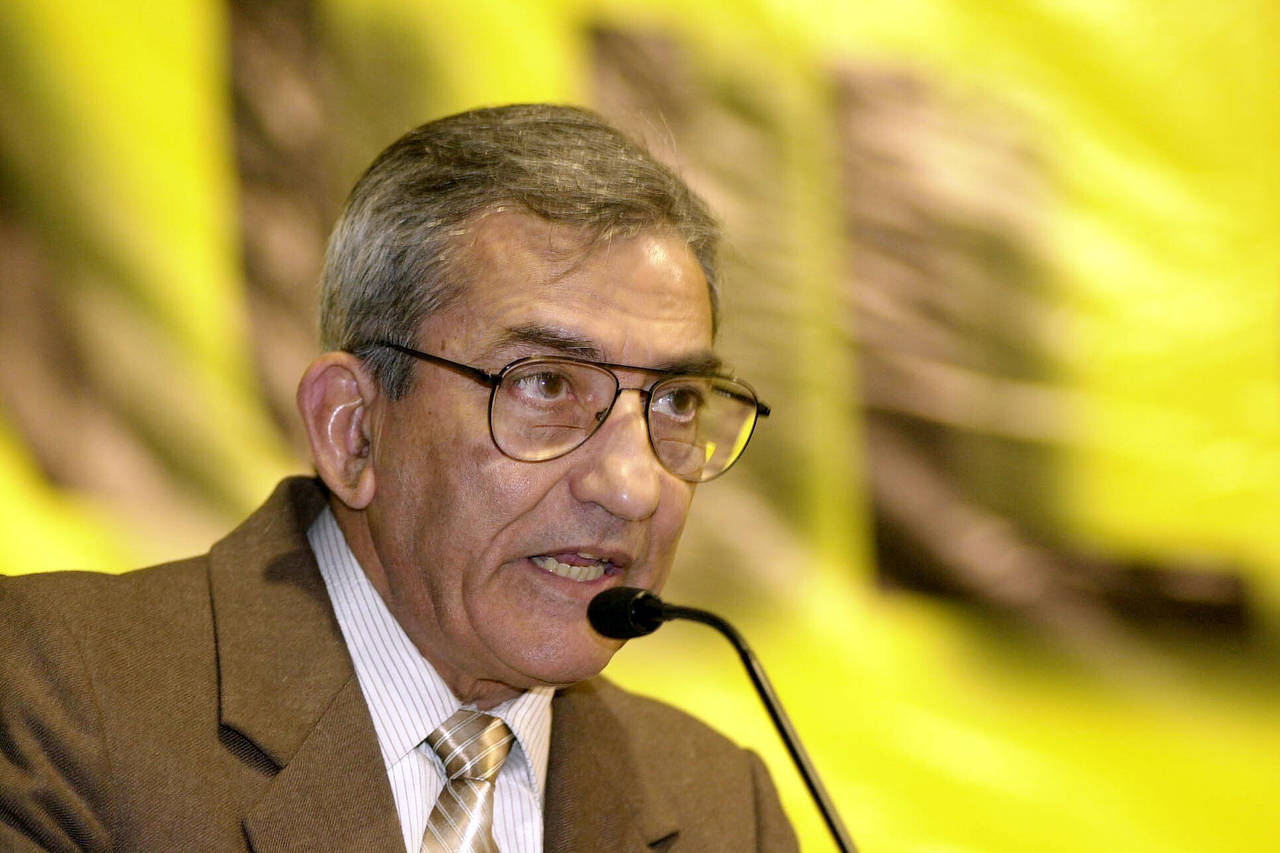 FILE - Jose Ramon Balaguer, Cuban head of the Department of International Relations and Ideology of the Communist Party, speaks during the opening of the Sao Paulo Forum in Antigua City, Guatemala, 45 kilometers west from Guatemala City, on Dec. 2, 2002. Balaguer, a longtime member of Cuba’s communist leadership who as health minister sent thousands of the island’s doctors on missions to win hearts and minds in Venezuela and developing countries around the world, has died at age 90. An official statement read over state television late Friday, July 15, 2022, reported the death, though no cause was given. (AP Photo/Jaime Puebla, File)

HAVANA (AP) — José Ramón Balaguer, a longtime member of Cuba’s communist leadership who as health minister sent thousands of the island’s doctors on missions to win hearts and minds in Venezuela and developing countries around the world, has died at age 90.

An official statement read over state television late Friday reported the death, though no cause was given. It said his ashes would be honored at the Pantheon of Veterans in Havana before being taken to eastern Cuba, where he was born.

Balaguer served as health minister from 2004 until 2010 following a dozen years as the Communist Party’s ideology chieftain, striving to ensure adherence to Marxist principles as the island muddled through an economic crisis sparked by the collapse of its former Soviet benefactors.

He was elected to the Communist Party’s Central Committee in April 2011, serving as head of international relations for the leadership body, though he gave up his seat on the more powerful Politburo, which he had held for decades.

Born on June 6, 1932, in Guantanamo, Jose Ramon Balaguer Cabrera was just six years younger than Fidel Castro and an important member of Cuba’s oldest surviving generation of leaders — known as the “historicos,” or “historic ones,” for their roles in the Cuban revolution.

Balaguer served in the rebel army that catapulted Castro to power with the revolution’s triumph over Fulgencio Batista in January 1959.

Though trained as a physician, Balaguer spent most of his life dedicated to politics and government. He was Cuba’s last ambassador to the Soviet Union, the island’s closest ally for decades.

Balaguer was long seen as an orthodox ideologue intensely loyal to Fidel Castro.

During the economic and political crisis that followed the Soviet breakup, it was Balaguer who Castro tapped in 1992 to be chief of the Communist Party’s ideology and foreign policy divisions. Balaguer replaced Carlos Aldana, who was sacked for “living above the people.”

Balaguer also sat on the nation’s supreme governing body, the Council of State, which Fidel Castro headed as president before he resigned in February 2008 due to illness. Castro’s younger brother Raul replaced him as president, and was later named head of the Communist Party. Raul Castro retired as president in 2018 and as party leader in 2021.

Balaguer’s appointment as health minister, made at the elder Castro’s suggestion, was a surprise that signaled growing ideological control over key government posts.

At the time of his appointment, the Communist Party newspaper Granma said the change demonstrated “the importance and intensification of efforts that the Cuban public health program needs right now both inside and outside the country.”

He retired from public positions in 2019. NEW DELHI (AP) — The Indian capital reintroduced public mask mandates on Thursday as COVID-19 cases continue to rise across the country. The New Delhi government reinstituted a fine of 500 rupees ($6) for anyone caught not wearing a mask or face covering in public. India’s Health Ministry said 16,299 new cases were recorded in […]

Lake Washington Windows & Doors SPONSORED — Fiberglass windows are an excellent choice for window replacement due to their fundamental strength and durability. There is no other type of window that lasts as long as fiberglass; so why go with anything else? Fiberglass windows are 8x stronger than vinyl, lower maintenance than wood, more thermally […]
Close
‘Historic’ Cuban official, José Ramón Balaguer, dies at 90