Young performers participate, during the children's parade on Family Day at the Notting Hill Carnival which returned to the streets for the first time in two years, after it was thwarted by the pandemic, in London, Sunday, Aug. 28, 2022. (Victoria Jones/PA via AP) LONDON (AP) — The annual Notting Hill Carnival has returned to the streets of London for the first time since 2019, with more than 1 million people expected to take in the music, spectacular parades, dancing and food offerings at Europe’s largest street party on Sunday and Monday.

The carnival, which celebrates Caribbean culture at the end of August every year, had to take place online for two years due to the coronavirus pandemic.

The carnival traces its history back to 1958, when Trinidadian human rights activist Claudia Jones began organizing a gathering to unify the community after a series of racially motivated attacks on West Indians in west London’s Notting Hill neighborhood.

The event has grown from a festival drawing several hundred people to a huge annual street party, with tens of thousands of performers in the colorful parade and more than 30 sound systems.

Celebrations began on Saturday night, as more than 1,000 people gathered to watch a steel band competition in west London.

Crowds of young children blowing whistles danced down the streets with their parents on Sunday, traditionally a more family-friendly day than Monday. Some children stood on the doorsteps of their houses waving Jamaican flags.

Pepe Francis heads the Ebony Steelband Trust, which has been performing at the carnival for decades.

“Since the band has started, I’m on my fifth generation of people and there’s been a lot of changes,” he said. “But our members look forward to carnival every year and practice takes place regularly from year to year.”

“A lot of people have been waiting for it to come back,” Francis added. AUSTIN, Texas (AP) — Two brothers in Texas have been arrested after authorities say one of them opened fire on a group of migrants getting water near the U.S.-Mexico border, killing one man and shooting a woman in the stomach, according to court documents filed Thursday. The shooting Tuesday was in rural Hudspeth County about […] 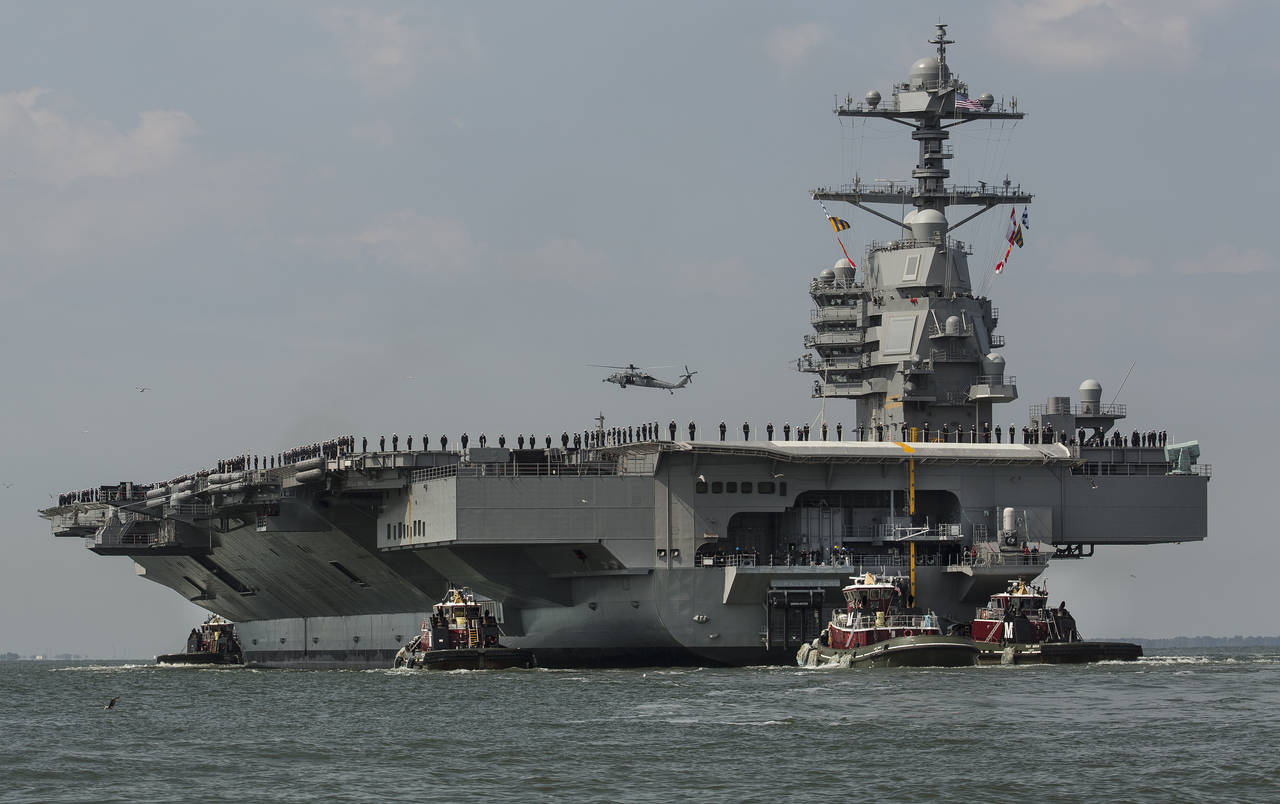 US Navy’s newest carrier to deploy, train with NATO nations

NORFOLK, Va. (AP) — Following years of delays and problems with its new technology, the U.S. Navy’s most advanced aircraft carrier embarks on its first deployment next week and will train with other NATO countries at a time of increasing Russian aggression in Ukraine. The USS Gerald R. Ford leaves the world’s largest Navy base […]

Celebrity Cruises SPONSORED — A round-trip Alaska cruise from Seattle is an amazing treat for you and a loved one. Not only are you able to see and explore some of the most incredible and visually appealing natural sights on the planet, but you’re also able to relax and re-energize while aboard a luxury cruise […]
Close
Notting Hill Carnival returns to London streets after hiatus