Q-tips: If they’re not for your ears, what are they for? 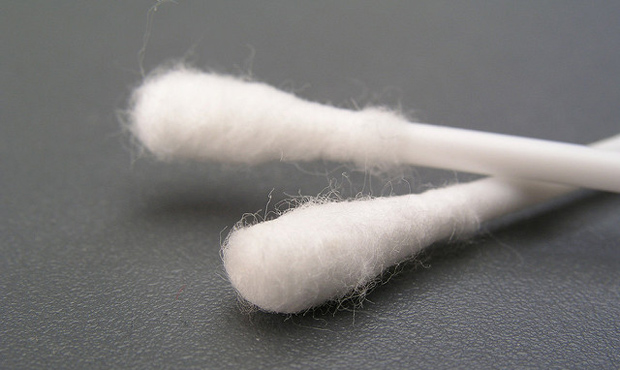 Q-tips were originally invented in 1923 by Leo Gerstenzang, whose wife was wrapping cotton around a toothpick to clean the baby’s ears. I hear on the news that some people still use them for that.

“But it’s not such a good idea,” a recent news report states. “Thirty-four kids go to the ER every day to be treated for injuries caused by the swabs.”

So please stop using ear swabs on your ears. It’s dangerous, but also you’re wasting a tool which can be used for so many other things. Dip it in shampoo and it’ll unstick a zipper. It can apply anything from eye shadow to appliance paint. But even more than that … it can be used for SHTF, according to the “Sensible Prepper” YouTube channel, there are some post-apocalyptic jobs only a Q-tip can do.

“We’re going to look today at applications for survival situations or for SHTF.”

SHTF stands for when the Stuff Hits The Fan.

“Keeping your guns cleaned, getting those spots that are very difficult to get,” the prepper says.

You can also use them to light a campfire.

“Take a little bit of petroleum jelly coat the tip, and I mean, this thing just keeps on burning. The plastic burns as well, so be careful. That can drip down on your fingers.”

But they’re still safer than putting it in your ear. Although he does put it in his eye.

“Take a little bit of water and put it on the Q-tip if you get something in your eye, especially like a gnat, you can actually pull this thing out. I got a gnat in my eye the other day and it’s worked wonders.”

I think it’s safe to say that the Q-tip ear swab is the one invention that can be used for pretty much anything except what it was invented for.

Seattle Public Schools just announced a three-year contract with a brand-new company to the Pacific Northwest to assist with their student transportation: Zum.
Close
Q-tips: If they’re not for your ears, what are they for?