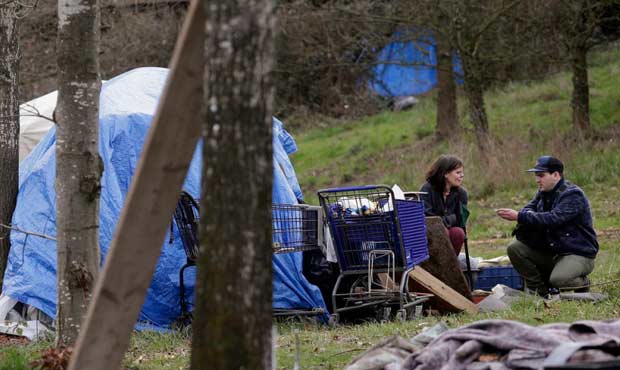 One year after Seattle started its Pathways Home program to tackle the homeless crisis, officials say that the city still needs to “scale up” its response to the problem.

“Progress rarely happens quickly, nor does it follow a straight or simple path,” Human Services Director Catherine Lester wrote in a report to the city council. “That has never been truer than in the first year of Pathways Home.”

“…much of the past year has been focused on changes to the system in order to scale impact for people living unsheltered in our community,” the report states.

The September report from Seattle’s Human Services Department boasts many successes. But as Seattle Magazine reports, it’s not all good news. For example, the Navigation Center (which opened in July) has 75 beds and served 105 people in its first six weeks. It aims to house people within 60 days, but it was only able to get two people into housing within that time — one person went into transitional housing, and the other went to live with family.

Of those 105 people served at the Navigation Center, 32 exited the program within the first 45 days, half of whom would not say, or did not know, where they were leaving to.

Another shelter, the Compass Center, was opened in September for 100 people. There are currently about 72 people living there.

“People coming inside from being unsheltered have a big adjustment to make and multiple issues to address and many barriers to housing stability,” the report reads. “The Navigation Center is finding that mapping out a strategy to get them housed could take more than 60 days.”

Points such as this provide many “lessons learned” sections of the Pathways Home report.

Many of the lessons and identified issues from the report were already known. Consultant Barbara Poppe reported as much after assessing the city’s response to the crisis.

If there is one constant thread through the report, it’s that access to affordable housing continues to be a common factor preventing peoples’ exit from homelessness.

“To meet the challenge of homelessness we must increase access to housing regionally, scale our successes to meet the needs of a growing population in crisis, and invest in programs that are proven to reduce homelessness,” the report reads.

It also states that “housing is the only way to end homelessness, but there is a significant shortage of affordable housing units in our region.”

But even when housing is available, people exiting homelessness have added hurdles, such as poor credit scores or criminal backgrounds. This often keeps certain people homeless.

The most recent count found more than 11,500 homeless people in King County. The latest data shows 5,485 people unsheltered — about 70 percent of those people live in Seattle.

Celebrity Cruises SPONSORED — A round-trip Alaska cruise from Seattle is an amazing treat for you and a loved one. Not only are you able to see and explore some of the most incredible and visually appealing natural sights on the planet, but you’re also able to relax and re-energize while aboard a luxury cruise […]
Close
Seattle homeless report includes many ‘lessons learned’