New ‘Big One’ simulations give insight into Cascadia earthquake 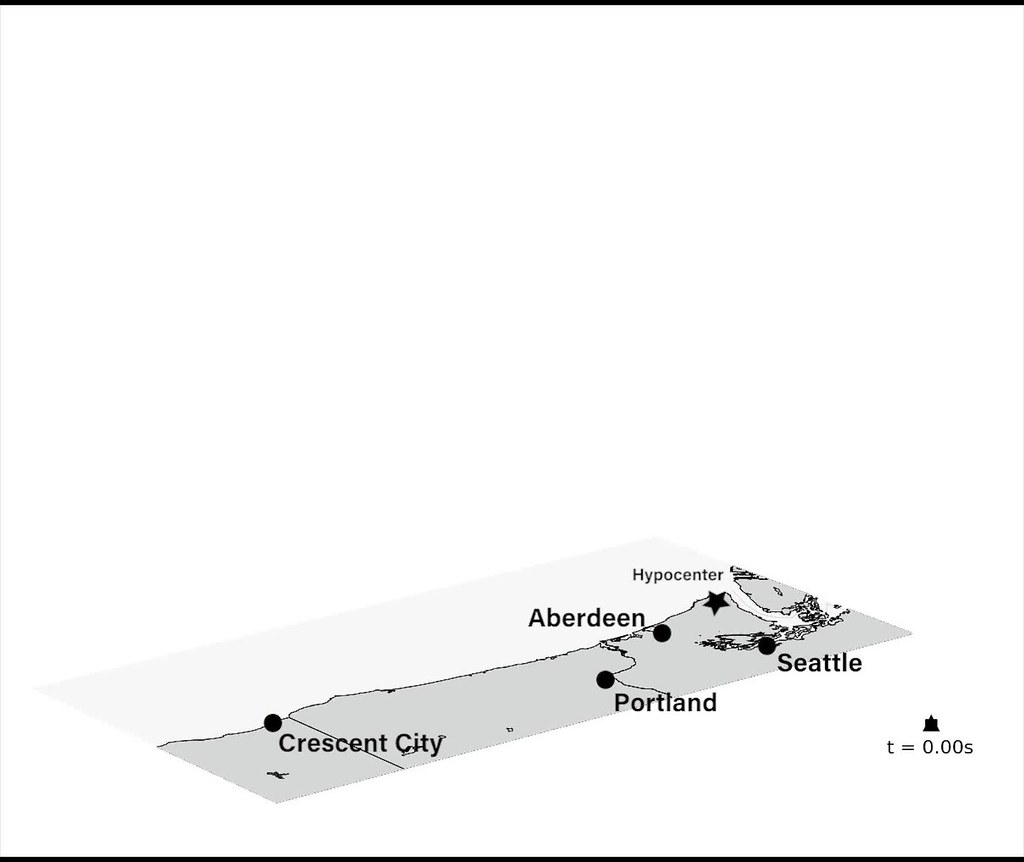 Fifty simulations of a magnitude-9.0 earthquake found that we can expect shaking that lasts about four times as long as that of the 2001 Nisqually earthquake that caused billions in damage.

Researchers at the University of Washington used a combination of three key factors to study the severity of a Cascadia quake along the West Coast, including the epicenter, how far inland the quake will rupture, and which sections of the Cascadia subduction zone will generate the strongest shaking.

The research found that the intensity of the shaking will be reduced for Seattle if the epicenter is close to the city — seismic waves would, according to the study, radiate out.

“Surprisingly, Seattle experiences less severe shaking if the epicenter is located just beneath the tip of northwest Washington,” said Erin Wirth, the project’s leader. “The reason is because the rupture is propagating away from Seattle, so it’s most affecting sites offshore. But when the epicenter is located pretty far offshore, the rupture travels inland and all of that strong ground shaking piles up on its way to Seattle, to make the shaking in Seattle much stronger.”

According to the study, a 9.0 quake would “likely give way along the whole north-south extent” of the Cascadia subduction zone. The subduction zone stretches from Northern Vancouver Island to Cape Mendocino, California. The zone separates the Juan de Fuca plate and North American plate. The Juan de Fuca plate, according to the USGS, moves toward and under the North American plate. However, it’s relatively unknown how far east the “shake-producing area would extend.”

The 50 simulations conducted by the UW researchers confirmed that coastal areas and places such as downtown Seattle that sit in sediment-filled basins will be hit the hardest. However, the intensity of shaking can vary by a factor of 10.

Still, the shaking will be intense no matter what factors play into a Cascadia quake.

“We are finding large amplification of ground shaking by the Seattle basin,” said collaborator Art Frankel, a U.S. Geological Survey seismologist and affiliate faculty member at the UW. “The average duration of strong shaking in Seattle is about 100 seconds, about four times as long as from the 2001 Nisqually earthquake.”

The research will be presented Oct. 24 at the Geological Society of America’s annual meeting.

Marysville PD is looking for lateral and entry level officers. Begin or continue your career in law enforcement for a growing, supportive community.
Close
New ‘Big One’ simulations give insight into Cascadia earthquake