Seattleite on why he’s decided to leave the city 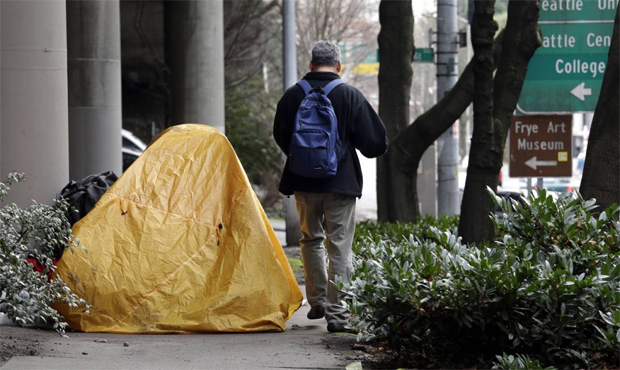 Alex Berezow, a science and US/European affairs writer, shook up Seattle more than the impending magnitude 9.0 earthquake when his op-ed was published in The Seattle Times declaring that the Seattle he knows and loves is gone.

“I think that it was important to verbalize what is going wrong with this city because I honestly don’t know many people who think Seattle is being run well,” he told KIRO Radio’s Dori Monson. “And that is across the spectrum, that’s Democrats, Republicans … even people who are pretty far to the left agree that Seattle is not working.”

RELATED: Dori says the pendulum must be pulled back

The article blew up with comments over the weekend, attracting more attention than Berezow ever anticipated.

In the piece, Berezow said that after 14 years as a resident in “the most beautiful city in the world,” he and his wife made the heart-wrenching decision to leave Seattle and move to the Eastside.

One of the factors contributing to this decision was a meeting held last autumn between Berezow and his Seattle City Council representative, Councilmember Debora Juarez. According to Berezow, the meeting was supposed to be “a friendly chat between a politician and a constituent.” He raised concerns he had about graffiti and litter in the city.

“She made it clear that my thoughts, my opinions, were nothing,” he said. “I was a nobody to her. It became clear to me immediately.”

Berezow discussed his ideas for how to deal with the city’s homeless population.

Juarez’ response hit Berezow like a punch in the stomach.

“She said, ‘What is this, Nazi Germany?'” Berezow said. “That’s the go-to response … if someone doesn’t like what you have to say — you’re Hitler,” Berezow said.

He found the comparison to Hitler — who had people with mental illnesses rounded up and murdered in concentration camps — especially offensive because his own grandparents survived Nazi Germany.

“I was shocked, mostly because it was such an indecent thing to say to someone,” Berezow said.

The incident with Juarez represents how “uncivil and indecent” Seattle politics have become on the whole, according to Berezow. While he himself is not a Trump fan, he said that he finds it ridiculous that Seattle politicians could paint themselves as better human beings than the president.

“It’s a really tough sell to say we are morally superior to the other Washington when we’ve got people behaving the way they do in this city,” he said, adding, “This city has become rife with corruption and indecency.”

Lake Washington Windows & Doors SPONSORED — Fiberglass windows are an excellent choice for window replacement due to their fundamental strength and durability. There is no other type of window that lasts as long as fiberglass; so why go with anything else? Fiberglass windows are 8x stronger than vinyl, lower maintenance than wood, more thermally […]
Close
Seattleite on why he’s decided to leave the city