Rantz: City of Seattle hired a former pimp, but will fire up to 100 cops 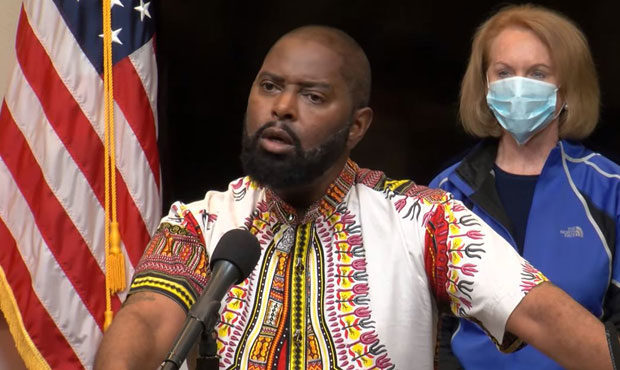 Taylor’s role is a “street czar” — a made-up title that hasn’t provided many public victories, since Seattle homicides, arsons, and stabbings are on the uptick.

The controversial contract comes to light as the Seattle City Council voted to override Mayor Jenny Durkan’s veto of their three bills to defund the police. A former pimp earns a lucrative contract, but up to 100 officers will be fired.

A wise philosopher, Big Daddy Kane, once said “pimpin’ ain’t easy.” Well, he should have moved to Seattle.

Did the city of Seattle contract a former pimp to offer "expertise and support services in de-escalation, community engagement, and alternatives to policing"?

My latest on #TuckerCarlson on FOX News. pic.twitter.com/D8F6lv2Onn

Seattle hires a pimp — so it’s not ‘hard out there for a pimp’ is it?

Taylor is a community activist responsible for an initiative making it easier to jail officers for use of force. Since then, establishment Democrats like Durkan have used him for his perceived street cred as they try to get a handle on crime spiraling out of control.

But the street cred comes from Taylor’s criminal past. He served time in Las Vegas for his pimping activities, which the Telegraph notes involved an underage girl. At the time, the Las Vegas Sun reported:

Cheryl Davis admitted she had been a prostitute before she met Taylor and detailed how he had coaxed her to live in his house with two other women — a 16-year-old runaway and a veteran hooker who is now facing felony “trick roll” charges. […]

Davis told of bringing Taylor thousands of dollars from her prostitution activities although she got little in return.

I guess when Seattle progressives claim to support women, it doesn’t extend to supporting their freedom to not be sold into the sex trade?

The Seattle City Council overturned the veto to defund the police — and now there are serious consequences. Lost jobs, cut wages, and a lot more crime and homelessness. Watch my discussion this morning on FOX Business. pic.twitter.com/tXekkYANpQ

So what does the ‘street czar’ do exactly?

Taylor explains his role as connecting with criminals who may not sit down and talk with police or city leaders. Their reasons are obvious. But what do they talk to Taylor about, exactly? We’re unsure. But Taylor tells KOMO that “it could help quell some of the incidents that are going on between community and cities.”

If that’s the goal, he’s failed since he signed his contract in July 2020. Since the end of the Capitol Hill Autonomous Zone (CHAZ), the city has experienced a rise in violent crime. Just in the last week, there have been three stabbings with two victims dying. Gun homicides and arsons are also up.

And why was Taylor selected? He doesn’t even have a good track record. He just has a relationship with Durkan.

During the height of CHAZ, Durkan was desperate to have someone — anyone — from the activist community to give her office some legitimacy. Taylor was that man. And in secretly recorded audio, Taylor attempted to negotiate between CHAZ activists and the city. It didn’t go well.

Taylor told the activists he could broker a deal where community organizations get up to two million dollars from the city if the activists ended their siege in CHAZ.

“So don’t just leave. Leave with something. And I can make that happen,” Taylor told them.

Whatever street cred he thought he had wasn’t good enough. Not only was no deal made, they released the recording online to discredit him. According to the Centers for Disease Control and Prevention, men in the United States, on average, die five years earlier than women.
Close
Rantz: City of Seattle hired a former pimp, but will fire up to 100 cops