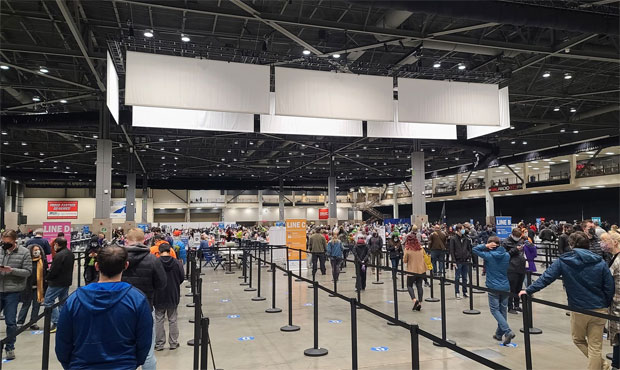 King, Snohomish counties likely to avoid roll back to Phase 2 next week Although several Washington counties are at risk of moving back to Phase 2 when the state evaluates case and hospitalization data next week, it’s looking more and more like two of Western Washington’s most populous regions won’t likely be among that group.

“King County has not crossed either of these thresholds as of today,” Health Officer Dr. Jeff Duchin said during a Friday briefing.

In order to move back to Phase 2, counties need to crest 200 new cases per 100,000 and 5 hospitalizations per 100,000. And while cases and hospitalizations have plateaued slightly over the last two weeks in King County, residents should still be prepared for the possibility of having to roll back at some point down the line.

“We need to be able to adjust course if needed and move back from Phase 3 to Phase 2 if necessary,” Duchin cautioned.

Snohomish County health officials issued a similar warning earlier this week, urging residents to “do our best to bend this curve back down,” after the county’s case rate rose by 50 points in less than a month.

“If that doesn’t change quickly, the community can expect a return to restrictions on business and activities under the state’s Roadmap to Recovery plan,” the Snohomish Health District said in a news release.

In King County, the fastest increase in new cases is occurring in the age 18-24 demographic, with the highest rates seen in Seattle, as well areas south and southeast like Covington, Enumclaw, Auburn, Federal Way, Burien, Renton, Tukwila, and SeaTac.

Compared to areas like North Seattle, Shoreline, the Eastside, and Vashon Island, those southern and southeast areas are experiencing an increase in cases and hospitalizations “several fold higher” over the last two weeks.

The good news, Duchin says, is that COVID-19 deaths in King County have dropped since the fall-winter surge, with one person dying every day from the disease, versus nine daily deaths in the winter.

As of Sunday, five counties — including Pierce County — are currently above the threshold in both metrics the state uses to determine phases. Those counties are: Asotin, Douglas, Pend Oreille, Pierce, and Yakima.