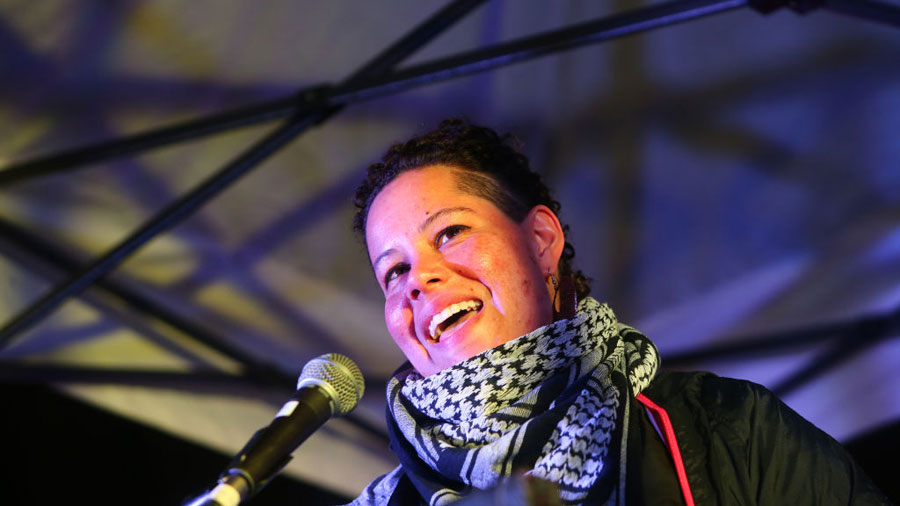 The 2021 election cycle in Seattle is one that has seen races distilled to a small handful of issues surrounding policing, homelessness, and public safety. For at-large city council candidate Nikkita Oliver, though, they’re urging voters to look at the bigger picture.

“I would really encourage them not to let this become a single issue race,” Oliver told MyNorthwest. “As a candidate, I talk about a lot more than just policing. We are talking about housing affordability and homelessness. We are talking about the importance of fully funding things like our Department of Education and Early Learning.”

“There’s just so much more throughout this election that you can look at to determine which candidate actually more holistically reflects your values,” they added.

That doesn’t mean Oliver isn’t focused on addressing the city’s prevailing issues. When it comes to homelessness, they envision an approach that seeks to make Seattle’s parks and public spaces safer for everyone, and to provide a stopgap while the city invests in more permanent housing options.

That would include ensuring better accessibility to public restrooms and hand-washing stations, investing more in behavioral health outreach that doesn’t simply seek to move people out of spaces, “and really doing the hard work of building rapport with communities that are most impacted by the housing crisis.”

Beyond that, they emphasize a need to provide those resources for encampments located in areas where public safety concerns have been greatest.

“I do think we need to prioritize locations where there are encampments around schools, or other areas where we may have other vulnerable communities, like our children, and prioritize ensuring that residents in those areas who are living outside receive early support and an opportunity to come inside, so we can address the needs of multiple folks living, moving, and going to school in those spaces,” Oliver described.

That all feeds into a larger debate surrounding public safety, which Oliver believes boils down to less dependence on sworn officers and a ramping up of alternative emergency responses.

This comes while the Seattle Police Department has warned of low staffing and increased 911 response times, although Oliver says the real problem is far more systemic.

“The reality is response times are low because we don’t have enough of those alternative systems,” they said. “Failing to realize that our current public safety system is not delivering on its promise — and that we should probably leverage those resources in a much more effective way that is data-driven and data-aligned — is part of the problem.”

“I think actually think scaling up our system as rapidly as possible with as many alternative responses as possible will decrease response times across the board for our 911 emergency system,” they added.

Much of that work is already underway, driven by the recent civilianization of the city’s 911 dispatch operations, and the expansion of specialized response teams like Health One and Triage One.

As for the hundreds of SPD officers who have left the department over what they viewed to be an adversarial city council, Oliver cited the city’s history of budget cuts to other departments that didn’t lead to mass employee departures.

“I think we need to acknowledge that saying you’re not willing to do what does remain of your job because you don’t feel liked is really unfair to all of the other social service providers in our city who have continued to do their work, despite how our city has continued to pass austerity budgets that often cut the resources that keep people from ever having to have interactions with law enforcement or the criminal legal system,” Oliver said.

Homelessness and public safety are only two facets of a much larger platform for Oliver, though, outlining a range of initiatives, from funding for community centers to better business incubation opportunities for small business owners. That also includes “aggressively addressing the racial wealth gap,” doubling down on Green New Deal policies, and ensuring that behavioral health services are well-resourced.

The end goal, they note, is to reduce the need for law enforcement and criminal justice interventions “because we’ve developed such safe and thriving communities through other means.”

You can read other MyNorthwest and KIRO Radio interviews with Seattle candidates below:

With minimal travel time required and every activity under the sun, Anacortes is the perfect vacation spot for all ages.
Close
Seattle council candidate Nikkita Oliver aims for campaign beyond ‘a single issue race’