Rantz: Mayor quietly admits Seattle Police staffing crisis, but could be too late 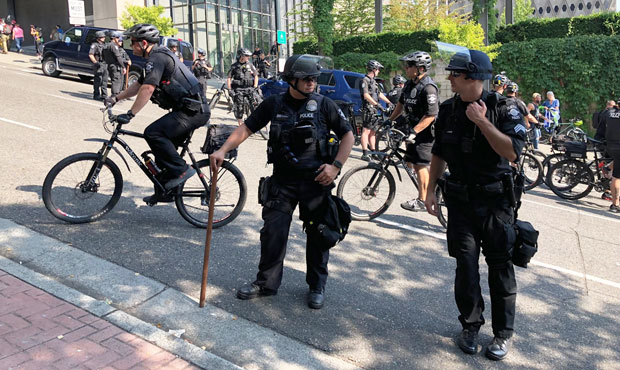 Staffing at the Seattle Police Department is a catastrophe. The department does not have enough staff to keep this city safe.

SPD borrows non-patrol units daily to meet minimum staffing needs. When a resident calls 911, they aren’t getting an urgent response. It can take a while for operators to pick up. According to a source, it can take up to an hour for non-emergency calls to be addressed.

Mayor Jenny Durkan is finally admitting there’s a crisis. But she chose to acknowledge it in a Friday night press release to avoid meaningful media coverage. Given she created this staffing crisis, her strategy makes sense. Her policies, however, have made the city more dangerous. But is it too late?

Just before 6:30 p.m. this past Friday, Durkan’s office sent a press release on how it would address the “critical ongoing staffing challenges in 911 Dispatch and the Seattle Police Department.” It was the first time the mayor’s office publicly acknowledged the crisis that the Jason Rantz Show on KTTH has reported for weeks. Durkan announced her executive action on Friday to avoid press coverage.

Using her executive authority, Durkan unilaterally moved to offer a $25,000 signing bonus to lateral officers and $10,000 for new hires. Her office cites the “more than 250 officers” that left the department, and that these bonuses could encourage more experienced officers to submit applications. But the staff exodus is much more than 250.

Since last year, at least 335 officers separated from the SPD, many sick of the council’s constant attacks and a city that embraces far-left, anti-police activists over public safety. But the mayor’s vaccine mandate made the staffing issue much worse. The press release completely ignores the mandate-caused catastrophe.

Durkan sidelined over 100 staff — roughly 99 are uniformed officers — who did not want to turn over their private medical paperwork. She could put them back to work on patrol, which they’ve done safely for 18 months. Those officers joined over 125 other officers already sidelined for extended leave. This leaves the city with under 1,000 officers who are considered deployable. The city should be at 1,500-1,600, minimum.

But Durkan believes it’s somehow more dangerous for an unvaccinated officer to work in a community that’s over 80% vaccinated than it is to be so understaffed that precincts will go the entire month of November leaning on volunteers to step up for patrols.

Throwing hiring bonuses at the problem won’t fix it. Officers separating over the last 18 months was never about the money. Seattle Police Officers Guild President Mike Solan criticized the mayor’s move as missing the big picture.

“Many of these former police employees left for lower paying agencies just to escape Seattle’s toxic political climate,” Solan said in a press release. “We also have another 100 officers now off the street due to the mayor’s COVID-19 vaccination mandate and another 130 officers currently unavailable for service who are out on extended leave.”

The next election will determine the fate of SPD

Seattle’s next mayor will help determine the fate of the SPD.

SPOG members are working on a new contract with the city. Seattle City Council President Lorena Gonzalez, who is running for mayor, has vowed to cut the police budget and fire police officers. Her opponent is frontrunner Bruce Harrell, a former council president. He promises to fund the SPD and hire enough qualified officers to keep the city safe.

If Harrell’s lead holds, he may face an uphill battle in helping to keep this city safe.

Seattle City Council candidate Nikkita Oliver won the at-large council primary and faces a more moderate Democrat in Sara Nelson for the general. Oliver is a police abolitionist who calls for “at least” 100% cuts to the SPD. It’s unclear what more Oliver would cut if 100% of the budget went away, but one doesn’t need to have basic math skills to serve on the council.

Teresa Mosqueda is up for reelection, and her opponent, Ken Wilson, may not pull out an upset victory. Mosqueda says the police department must be dismantled. She even defended a man threatening to murder police.

What’s worse, Seattle City Attorney candidate Nicole Thomas-Kennedy is a police and prison abolitionist who calls cops “Nazis” and “pigs.” She believes property destruction is a moral imperative and promises not to prosecute most misdemeanor crimes.

There are a wide variety of treatments options available for men with prostate cancer. One of the most technologically advanced treatment options in the Pacific Northwest is Stereotactic Body Radiation Therapy using the CyberKnife platform at Swedish Medical Center.
Close
Rantz: Mayor quietly admits Seattle Police staffing crisis, but could be too late