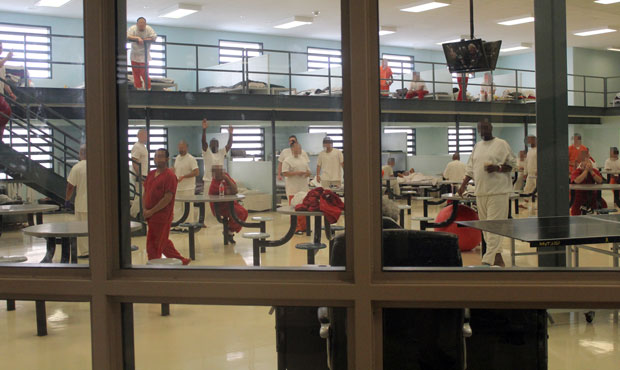 The company in charge of operating a Tacoma ICE detention center will have to pay out $23.2 million, stemming from a lawsuit over the facility’s alleged unfair labor practices.

Nearly $6 million of that money will need to be surrendered by the GEO Group — which is contracted by ICE to run the facility — as “unjust enrichment.” Another $17.3 million will be paid to over 10,000 people detained there for back wages owed.

The lawsuit dates back to a complaint filed against the private contractor in 2017, claiming that it had been “unjustly enriching itself” on the labor of detainees, and pushing for detainees to be paid minimum wage for work performed at the facility. Previously, they had been paid $1 a day for cooking, cleaning, and laundry services, despite minimum wage at the time being $12 an hour.

The Tacoma facility is Washington’s only private detention center, having been at the center of more than one controversy in recent years. That includes an incident in April 2020, where 50 inmates at the facility participated in a hunger strike, spelling out the letters “SOS” in the yard of the detention center with their bodies. That marked the third hunger strike in as many weeks that month, including 300 people who participated during the first week of April.

The facility has also faced accusations of administering inadequate medical care, and keeping detainees in solitary confinement for inappropriately long periods of time.

Tuesday’s ruling was lauded as “a landmark victory for workers’ rights and basic human dignity” by state Attorney General Bob Ferguson. It also marks the first time a state has sued a for-profit prison for failing to pay minimum wage for inmate labor.

Earlier in 2021, state lawmakers passed a measure formally banning private prisons, specifically targeting the Tacoma facility for closure. The bill allows the facility to remain open through the end of its contract with ICE, which expires in 2025.

That saw the facility’s private contractor file a lawsuit against the state last spring, alleging that the newly-passed bill conflicts with the federal government’s “detention efforts within Washington’s borders.”