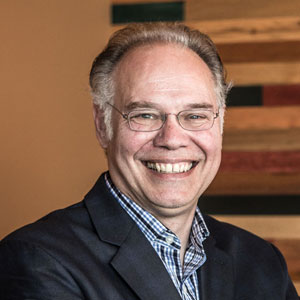 As of this moment, in the middle of November, a mostly black-and-white memory piece by a well-known Brit is a surprising early frontrunner for the Best Picture Oscar to be awarded this February. Famed actor and director Kenneth Branagh has made a film based on his childhood memories of growing up in Northern Ireland, titled “Belfast.”

The film is winning praise on both sides of the Atlantic for its gorgeous and charming nostalgia. There’s no denying it’s a crowd-pleaser, but it does raise the question: When does nostalgia tip over into sentimentality?

After a brief wordless opening composed of a colorful aerial shot of a bustling contemporary Belfast, Ireland, the film shifts gears, giving way to a black-and-white shot of a single working-class street in 1969 Belfast. It’s a street full of kids playing typical kids’ games, including pretend-fighting with makeshift wooden swords and trashcan-lid shields.

The camera zeroes in on an adorable and expressive 9-year-old Buddy whose “sword and shield” are quickly rendered useless when his street suddenly becomes overrun by real marauders. The rampage of adults overwhelms him as windows are smashed and doors bashed. His panic-stricken mother barely rescues him from the melee. Buddy has just experienced firsthand the beginning of “The Troubles” in Northern Ireland between Protestants and Catholics.

As these outside tensions grow, so too do the tensions inside Buddy’s family, but not over any internal disagreements about how Catholics should be treated. Rather, the overriding question becomes whether or not they should uproot themselves from the only home they’ve ever known and move to England in order to avoid the continuing sectarian violence.

In the midst of all this, Buddy is just trying to have a childhood. That opening scene of him with his pretend-weapons being overrun by an angry mob with deadly weapons is an apt metaphor for Buddy’s childhood, of how his world of imagination is no match for his lived reality.

While his older brother doesn’t have much to do with him, his father is off working as a joiner in England most of the time, and his mother is always distracted by the family’s financial straits, Buddy does have an escape valve. He gets to spend a lot of his time with his grandparents.

Winningly played by veteran Irish actors Ciaran Hinds and Judy Dench, they are the embodiment of perfect grandparents. Buddy confides in them about most everything, from school to life and love. He especially seeks advice from “Pop” about a particular girl he has a crush on at school. This ever-evolving “courting” becomes something of a sweet through-line for the entire movie.

In a lot of ways, Buddy’s warm relationship with his grandparents is the heart of the movie, encompassing both its strengths and weaknesses. Most of the charm that the movie exudes comes from these scenes, as do most of the big and little laughs. But perhaps because Branagh is so insistent on their endearing ways, it begins to feel forced and even false. As good as the acting is, the characters feel like staged idealizations rather than flesh-and-blood grandparents.

A nagging sense develops that Branagh is trying too hard to immerse us in a warm bath of nostalgia. When it’s declared that all an Irishman needs is a home, a Guinness, and a sheet of “Danny Boy,” a tipsy woman is soon seen belting out a rough approximation of “Danny Boy.” That’s not a bad line, and not a bad scene, but it’s a little too self-congratulatory for its own good. It’s as if to say, “Aren’t we something, we Irish men and women?”

A quick short scene between Buddy and a slightly older girl cousin about the mystery of differences between Catholic and Protestant first names is a sharp and witty bit of writing but again feels a little too clever by half. For this one scene, Buddy becomes a sort of Theodore Cleaver from the classic sitcom “Leave It To Beaver.” It’s as if to say, “Hey Wally, aren’t we Irish kids something!”

And when the family takes Grandma to see the British children’s film “Chitty Chitty Bang Bang” in a theater, they all gasp a bit too much at a not-in-the-least-bit scary moment. This only seems to confirm suspicions that the filmmaker is more enthralled by the scene than the audience. And that’s when nostalgia tips over into sentimentality.

“Belfast” has plenty to recommend itself but it’s not nearly the moving testament to fraught times that Branagh thinks it is or wants it to be. There are a wide variety of treatments options available for men with prostate cancer. One of the most technologically advanced treatment options in the Pacific Northwest is Stereotactic Body Radiation Therapy using the CyberKnife platform at Swedish Medical Center.
Close
Kenneth Branagh’s ‘Belfast’ is a crowd-pleaser that doesn’t quite hit the mark