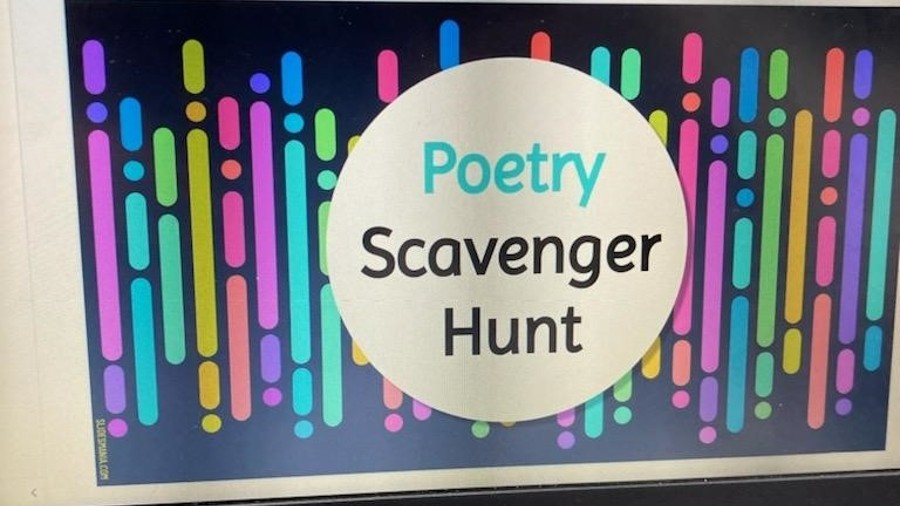 A 6th grade teacher sent kids on a “poetry scavenger hunt” as part of a class assignment that was meant to inspire students. The students ended up finding graphic sexual content.

The teacher at Maple View Middle School asked 11- and 12-year-olds to find inspiration from poems and then write their own. He offered up resources for students to use as a jumping-off point in finding quality poetry, including the Poetry Foundation.

But as students — and their parents — quickly learned, the content is far from age-appropriate.

One student perused the “LGBTQ+ Pride Poems” section and found an inspirationally-titled poem: Poem about My Rights by June Jordan. It’s very graphic.

The student immediately reported the website to his mother, who started to review the material, too. She could not believe these poems were offered to her child and the class.

Lisp by Sam Sax includes the lines, “when i say please / let me suck your **** / i sound straight / as the still secondhand / on a dead watch.” Similarly, elegy for kari edwards by Julian Talamantez Brolaski includes the line, “silly f****t, d***s are for chicks.”

Going to Tahoma Parents for help

The mother reached out to Tahoma Parents for help. The activist group formed after parents in the Tahoma School District were alarmed by the inappropriate content being pushed upon their children.

With the group’s support, the mother wrote to the school to complain.

“This makes me question the safety of my child, let alone your psychological state,” the mother emailed the school administration and teacher.

“I have zero confidence, trust, and respect in Maple View Middle School and TSD. What was once a bright shining education is now a very dark, toxic, and perfunctory district. What happened to the pursuit of excellence? What happened to evidence-based/informed procedures to guide decisions and content?” she added.

In an email to the Jason Rantz Show on KTTH, the district’s spokesperson says the teacher did not know this vulgar content was on the site. It was not intentional, the district says, and when the teacher realized what was hosted on the site, he removed the link.

“The District, Maple View Middle School and the teacher involved all agree that one of the websites that was linked in the scavenger hunt assignment included content that is inappropriate for students to be assigned,” the spokesperson wrote. “The teacher acknowledged that he should have better reviewed the website content before releasing it to students. He immediately removed the link from the Google Classroom assignment once he was made aware of the inappropriate content.”

“The District, Maple View Middle School, and the teacher involved do not support sharing the inappropriate content from this website with students, and we apologize for the mistake,” he added.

Was the teacher’s excitement around these resources influenced by Pride Month? The district offered somewhat conflicting statements.

On the one hand, the spokesperson says “the scavenger hunt is not related to Pride Month and students were not directed to find LGBTQ+ specific poems.”

But he then cites the district’s commitment to equity. He said the “district does support opportunities for students to explore age-appropriate texts from LGBTQ+ authors and poets, as well as age-appropriate narratives that include LGBTQ+ characters.”

The district spokesperson is, of course, correct: the content should have been reviewed before offering this to young students. There are plenty of inoffensive poetry resources that could have been provided.

I have no reason to believe this was anything more than a mistake on the part of the teacher, which is why he’s not being named in this piece. While he did not act intentionally, he did not do his due diligence here and it shouldn’t happen again.

Groups like Tahoma Parents form because some teachers are casually offering assignments and resources that parents are rightly concerned about. Other educators actively and purposefully bring politics or other agendas into the classroom. Someone needs to fight for these students if the administrators and teachers won’t.

While this was likely a mistake, it should serve as a reminder for parents to be more involved in their kid’s education. Review materials that are given to your child and make sure you instill in them the values that allow them to feel comfortable speaking to you when they encounter inappropriate content in the class.

Snohomish Health District SPONSORED — Cheers to the parents and guardians who keep their kids safe and healthy. The dad who cooks a meal with something green in it, even though he’s tired and drive-thru burgers were tempting. The mom who calms down the little one who loudly and resolutely does NOT want to brush […]
Close
Rantz: School assignment sent 6th graders to wildly graphic, sexual poetry