Due to an ongoing shortage of lifeguards, Seattle Parks has announced that they will not be opening three of the nine beaches for public use.

East Green Lake Beach, Seward Park Beach, and Matthews Beach are among the beaches that will not have a lifeguard stationed, as well as three public pools, the Medger Evers, Evans, and Queen Anne pools.

This is the second year in a row that Seward Park Beach and East Green Lake Park have been closed for the summer.

Starting June 25, these beaches will be guarded daily from 12pm-7pm weekdays & 11am-7pm weekends: Madison, Madrona, Magnuson, Mt. Baker, Pritchard, & West Green Lake beaches. We encourage you to come out to these beaches for a safe & fun swim experience. https://t.co/BxuXRWFDvN

Lifeguard shortage could see some Seattle beaches closed to swimmers

During the pandemic, Seattle Parks and Recreation was not able to hold lifeguard certification classes due to the proximity necessary for trainees to practice and show proficiency in rescuing prior to certification…” Seattle Parks and Recreation said in a statement released about their decision to close some of the beaches. “Currently we have 165 lifeguards on staff and need around 425 to staff indoor pools and summer beach/pool offerings.”

People can still swim at unguarded beaches at their own risk, but the parks department warns against it due to the high amount of drowning that can occur.

On the Gee and Ursula Show, Spike O’Neil weighed in on the importance of the city providing these outdoor spaces, but also ensuring that they were safe for the public.

If the city has a park, the city has an obligation to make that a safe place to use,” O’Neil said. “If it’s a public beach, I think the city has a debt to the citizens who pay taxes for the city to give us these benefits and these amenities and to have it be monitored and be safe or close it down.”

Beginning on June 25, the six other beaches will be opened and fully staffed with the available lifeguards, as well as the seven of the public pools in the area.

The city is still looking for applicants for the open lifeguard positions, with pay starting at $20 an hour. 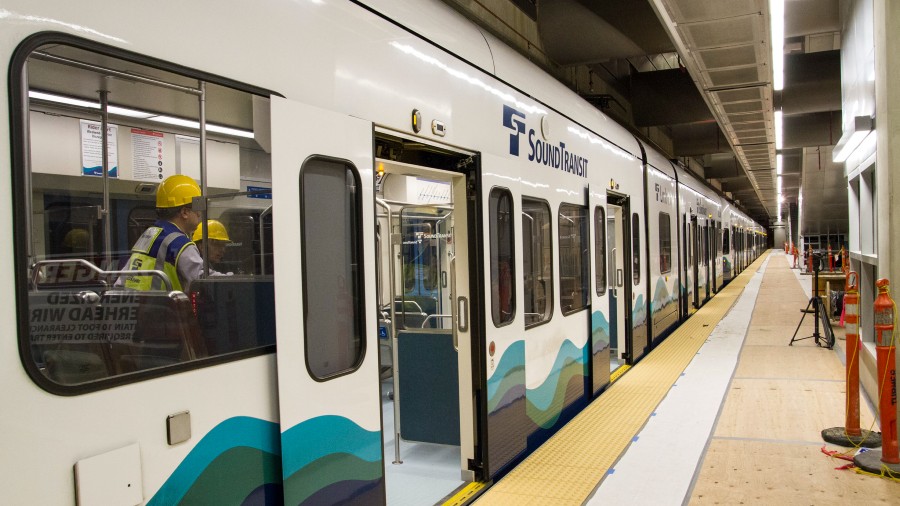 Sound Transit to run extended service on Link for July 4

ST Express and T Link to run on Sunday schedule; no Sounder service. A hit and run with a police vehicle shuts down a Tacoma intersection, a man is arrested for retail theft in Bellevue, and an update on a shooting in Tacoma last Sunday. Seattle fire crews are investigating a gas leak in the 2500 block of Airport Way South, the fire department tweeted. More than 31 years later, Snohomish County Sheriff’s cold case unit says they have finally been able to identify a suspect in Koski’s murder.

Snohomish Health District SPONSORED — Cheers to the parents and guardians who keep their kids safe and healthy. The dad who cooks a meal with something green in it, even though he’s tired and drive-thru burgers were tempting. The mom who calms down the little one who loudly and resolutely does NOT want to brush […]
Close
Shortage of lifeguards cause a third of Seattle beaches to close for summer