Rantz: Democrat Kim Schrier lies in interview about her record on policing 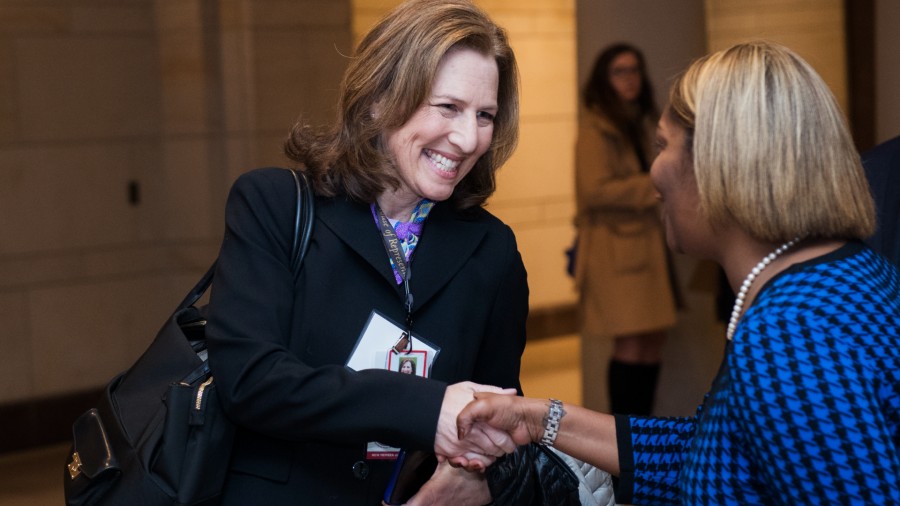 The election is slipping away and Democrat incumbent Rep. Kim Schrier (D-Issaquah) is getting desperate. Real Clear Politics and Cook Political Report both changed their ratings for the district. Now, she’s trying to pivot and pretend she supports law enforcement since crime has become such a defining issue in the campaign.

In a matter of just a few minutes during an interview on the Gee and Ursula Show on KIRO Newsradio, Schrier managed to spew nothing but lies and ignorance about her positions on policing. Literally every claim she made was false and the record should be made clear.

Schrier says she’s always supported the police, never deemed policing as racist, and has always worked to secure funding for them. The opposite is true.

Rantz: Anti-cop activist who demanded vandalism is appointed to school board

Schrier the Liar Part 1: She thinks the police are racist

The congresswoman told Gee and Ursula that she “wanted to correct the record” on claims she has called police racist.

“I do not believe that our police are racist … I don’t know where they’re taking that from,” she claimed.

To jog Schrier’s memory, let’s look at a WA-08 Congressional District Forum on October 17, 2020, hosted by the League of Women Voters of Washington State. She faced then-challenger Jesse Jensen a few months after Democrats embraced Black Lives Matter radicals who sought to defund the police.

Schrier explained what Congress could do to address the impact of structural racism. She said police suffer from a “culture of racism.”

“Racism has been here as long as we have had people of color in this country. There’s a 400-year tradition of racism and frankly, the ties between law enforcement and racism date back to the very beginning of police when the job of the police in the north was to find runaway slaves and return them to their slave owners in the south. And it didn’t stop then. Jim Crow laws perpetuated this and the pursuit and persecution of people of color at the hands of law enforcement. And while it is not all law enforcement, it’s there in the culture in many ways. And the point is, here in Washington state, we’ve done well with rooting this out. But in other parts of the country, we haven’t,” she said.

When you say law enforcement has a culture of racism that hasn’t been rooted out — though she gave no examples as to where these racist cops still operate police departments — you’re saying cops are racist.

Well, when you say we haven't rooted out racism in police and that the culture of policing is racist… well… you're calling cops racist.

There's a reason her race was just flipped to Lean R. pic.twitter.com/NJH2941Y2C

Schrier denies cutting the police by $22 million, claiming she has “consistently voted to increase funding for police.”

Allow us to get in the weeds a bit.

HR 7617 cut the Byrne Justice Assistance Grants in 2020 by $22.2 million. These grants finance state and local law enforcement and can be used for training, personnel, equipment, supplies, contractual support, and more. The legislation cut $22.2 million from this fund.

While Schrier would have you believe this kind of funding fluctuates normally, it happened in the context of the defunding police push. In fact, HR 7617 made the grant funding contingent on adopting left-wing police reforms, which included instituting partisan training on racial bias, which forwarded the smear that cops are racist. That’s a position Schrier holds.

The Democrat was confronted with the claim that she received $40,000 in campaign donations from anti-police groups. Schrier said she didn’t know where that claim came from.

FOX News exclusively reported that Schrier has received backing from a number of groups that called for the defunding of police. Those groups include Indivisible Project Inc., the Sierra Club, and MoveOn.

Though Sierra Club is an environmentalist group, they joined the Democrat bandwagon to dismantle police departments.

“Where did this push to defund the police come from? And why is the Sierra Club supporting it? It comes from recognizing that the problems with policing can’t be solved through piecemeal reforms or getting rid of ‘a few bad apples.’ The whole barrel – the whole system – is rotten,” Sierra Club president Ramón Cruz wrote.

Though crime is rising, Democrats continue to pretend otherwise. And Schrier was reluctant to discuss the issue until she realized voters correctly blamed her party for what’s happened.

Schrier has since feigned support for cops. For the last two years, you’ll be hard-pressed to find anything positive she’s said about the police, and cops don’t like her.

A flyer by an independent group pretended she had the support of a local police chief, but he didn’t authorize the ad and wanted nothing to do with her campaign. Lying about police support has backfired and voters know she’s a fraud.

According to the Centers for Disease Control and Prevention, men in the United States, on average, die five years earlier than women.
Close
Rantz: Democrat Kim Schrier lies in interview about her record on policing