A few of the protesters agreed to take their masks off for a picture. (KIRO Radio)
(KIRO Radio)
Share

Shame on the security director. Not the police in riot gear just doing their job in the line with the bats and hats; I felt bad for them.

The problem with Friday’s violent UW protest lies with whoever was in charge of keeping it under control. You messed up; you let things reach a boiling point.

This was the free speech that was allowed Friday.

People at the UW protest were shouting “shut it down.” And they did. The protesters shut it down. Milo Yiannopoulos was supposed to start speaking on a University of Washington stage at 7 p.m., but there were about 15 masked anti-fascist folks with other plans — they were the real fascists that night.

Here’s what happened: There were these metal gates with an opening of about 6 feet. You were supposed to file between the metal gates and through the doors. Fine. But 15 of these knuckleheads who came with the UW protest — all dressed in black and apparently have a problem with free speech — slid in front of the opening. I was standing there when they did. They blocked the opening of the gates and there they stood.

The clock jumped from 7 p.m. to 7:15 p.m., then 7:30 p.m., and 8 p.m.; ticket holders like myself stood peacefully waiting to see Milo. Why, at that point, didn’t police go in there and remove the 15 protesters blocking the entrance? Because the police were disorganized.

Beyond blocking free speech through this weird circus, there was also violence. If you walked up to get a picture of the protesters, they would grab your camera, pull you in, throw you on the ground and beat you up. It took a lot of guts for anyone who dared wear a Make America Great hat because the protesters don’t like the that, so they run up and tear it off your head, throw it on the ground and rip it up – because they are very tolerant like that.

That’s what current free speech is all about: One group determines that certain people are not allowed to see or hear certain things and scream at them until they go home. And it worked because instead of making a decision for ourselves, we stood out in the cold for an hour and a half and things got more and more tense. And I never got in.

I almost got into a fistfight

How tense was it? I got into this childish 4th-grade back-and-forth after a young man touched my camera. At one point I said to him, “Let’s have a clear understanding, this is a public space. I’m allowed to be here and allowed to record you. If you don’t want me to record you, just walk over there.” He said to me, “You can’t record me, I’m telling you not to.” So we got into a public space argument.

Related: Why you can’t stand Milo Yiannopoulos — or why you love him

He went to grab my camera and I said to him: “I’m going to make this really clear so you and I have an understanding. If you touch me one more time, I’m going to assume it’s assault and at that point, I’m going to touch you back. Do you understand? Are you OK with that?”

He walked away when I put a microphone in front of his face.

So who won and lost in all of this — besides the guy who was shot?

Milo lost in the short-term but wins overall. I tried to tell one of these protesters, you’re probably doing more for Milo than you want to. But they don’t quite get that.

Here’s the way it works so that some people can justify the action of shutting down the event: They assume anyone that might want to see Milo or voted for Trump are as follows: racist, horrible people who are all about hate. So if you’re anti-hate, you’re anti-Republican, or whatever group you want to put them in. And once you dehumanize them with name-calling like “Nazis,” “fascists” and “bigots,” you take away their rights because they don’t deserve them, according to you.

Related: Compassion in Seattle is great, but protesting isn’t enough 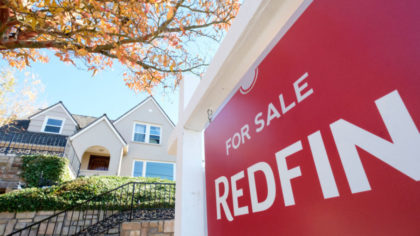