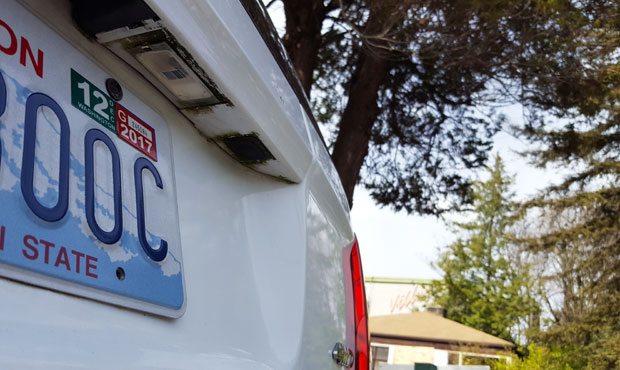 “It had to do with investigating Sound Transit’s misleading conduct before the Legislature,” State Senator Steve O’Ban, a vocal opponent of ST3, said. “It’s sort of a bait and switch. They told the Legislature they would seek up to $15 billion in (taxing) authority. When that was granted by the Legislature, they turned around and sought nearly double that amount — $28 billion.”

“I’ve come to the conclusion that they intended to mislead the Legislature to get the authority they wanted,” he said.

RELATED: Lynnwood extension is $500 million over budget and 6 months late

Tuesday’s work session in Kent heard testimony from Sound Transit officials as well as the legal opinion of David DeWolf, professor emeritus at Gonzaga University’s School of Law. Sound Transit argued that it made clear to lawmakers how it was calculating car tab fees when it presented its ST3 goals to the Legislature. DeWolf, however, says it wasn’t clear enough.

The committee will hold a hearing on Oct. 5 in Everett to hear witness statements on the matter. Senator O’Ban believes the statements will “make a case that Sound Transit misled voters.”

The controversy around Sound Transit’s ST3 package is complex and weaves through state regulations and statutes. In short, the transit agency sought to raise tax revenue in order to expand light rail and other transportation options in the Puget Sound region. It would ultimately be called ST3 and put to voters in November 2016. Voters approved it.

But before it went to voters, Sound Transit had to get approval from the state Legislature in 2015. When it presented information to legislators, O’Ban said, it didn’t fully explain how it would calculate car tab fees. Instead of using a modern method of determining a car’s value, it used an outdated form not used since the 1990s, he said.

“The reason they did that was because the section they were amending was a schedule that had been repealed by voters twice … and they didn’t want to reveal they were resurrecting that dead schedule,” O’Ban said.

O’Ban said he didn’t see any proof during Tuesday’s Sound Transit investigation that the agency communicated such changes to the Legislature.

According to Professor DeWolf, Sound Transit should have explained how it planned to calculate tabs up front, instead of referencing another regulation lawmakers would have to look up elsewhere. It’s a procedural issue, but it could amount to a big point for critics of ST3.

“It’s one thing if you’re referring to some other part people have to look up, but one of the checks and balances is that if you are going to revise or amend a current statute we think is still in effect, before you revise or amend it, you got to spell out exactly how it is going to be different when we pass this statute,” DeWolf said.

“Because this particular bill didn’t do that, it used a shortcut of referring to an older statute that had been repealed, it didn’t comply with the constitutional requirement,” he said. “If you don’t cut square corners and follow the requirement, you are really preventing people from fully participating in the democratic process.”

The committee’s Sound Transit investigation began when Senator O’Ban and Senator Dino Rossi requested the state Senate look into how ST3 was passed. The investigation continues.

DeWolf said that he was only sought out for his legal opinion, not what the state should do if it concludes that Sound Transit misled lawmakers and voters.

“That is the $64,000 question because you got to unscramble the egg here … I really don’t have the answer to that,” DeWolf said.

O’Ban, however, hopes that in the end Sound Transit will be forced to change its structure so that voters decide its board members. Currently, members are appointed by elected officials.

“I think Sound Transit will have no choice but to give taxpayers real relief,” O’Ban said.

Celebrity Cruises SPONSORED — A round-trip Alaska cruise from Seattle is an amazing treat for you and a loved one. Not only are you able to see and explore some of the most incredible and visually appealing natural sights on the planet, but you’re also able to relax and re-energize while aboard a luxury cruise […]
Close
Legal expert: Sound Transit 3 procedure violated constitution