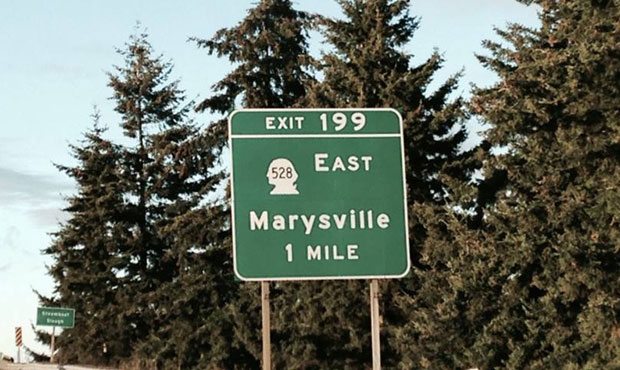 The city of Marysville has seen impressive returns from a new program that offers its homeless lawbreakers an ultimatum: Accept help, or go to jail.

Recently, Marysville enacted a program where it embeds social workers with law enforcement, who go into homeless encampments to offer extensive help.

“Help means an initial assessment, and then a drug detox, or a substance abuse detox,” Marysville Mayor Jon Nehring told KTTH’s Jason Rantz. “After that, a 30 to 60 day long term rehabilitation program. And then if they graduate from that, they move into transitional housing and job training, hopefully ultimately get a job, and be at least somewhat — if not fully — self-sufficient.

That approach stems from a zero-tolerance policy from Marysville police, enforced across the city.

“In Marysville, we don’t tolerate sleeping under bridges [or] illegal camping, [and] we discourage our citizens from giving to panhandlers — we encourage them to give to local charities instead,” Mayor Nehring said.

That way, rather than simply clearing homeless encampments only to see them pop up somewhere else, a concerted effort is being expended to get to the root of the issue. Take away the option to continue trespassing and committing crimes, argued Mayor Nehring, and you leave people with a simple choice.

“It’s a two-pronged approach,” he described. “You can take that option, which we would much prefer. If not, if you’re committing crimes, we’re going to take you to jail.”

So far, the program has seen almost immediate results, according to Nehring. Already, 40 people have completed substance abuse detoxes, 19 have graduated from a long-term treatment program, and 37 have secured housing.

“That’s the best solution for law abiding citizens and business owners,” said Nehring. “To get these people the help they need, get them off the streets for good, and into a lifestyle that’s more sustainable.”

All the while, Marysville has seen a 20 percent dip in crime, Nehring said, at least partially attributed to the new embedded social worker program.

Could this be a solution for Seattle?

Seattle’s homeless problem has been well-documented through the years. That being so, can it learn from Marysville’s own success in combating the issue?

“To be fair, (Seattle is) facing things on a scale we don’t have to deal with in Marysville,” Nehring admitted. “I do think, however, presenting a stark choice would help their situation. I don’t know that it would clear it up, but I do think the one piece that may be helpful is just a little bit more of a ‘carrot and stick’ approach.” Lake Washington Windows & Doors SPONSORED — Fiberglass windows are an excellent choice for window replacement due to their fundamental strength and durability. There is no other type of window that lasts as long as fiberglass; so why go with anything else? Fiberglass windows are 8x stronger than vinyl, lower maintenance than wood, more thermally […]
Close
Marysville comes up with creative solution for homeless problem