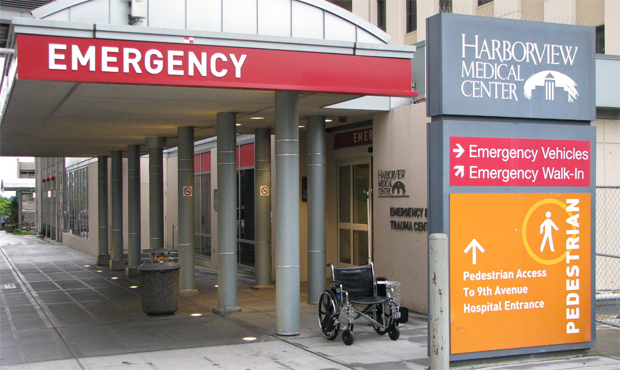 For the last five years, State Rep. Marcus Riccelli has been working to give nurses a rest — right now, they get breaks and lunches as the law states, but neither are required to be uninterrupted.

HB 1155 was supposed to mandate those breaks, a measure that’s proven widely popular among nurses.

“Those breaks are definitely needed and valuable — too many nurses don’t take their breaks and just chart that they did,” said Keenan Clinch, a registered nurse at Seattle’s Harborview Medical Center. “Making it mandatory is definitely something that we want, and it’s something that our union’s behind.”

That being so, nurses were stunned when they learned about changes made to the bill in the Senate.

The mandatory breaks remained, but amendments were added, excluding rural hospitals, and most significantly, making it so nurses wouldn’t be allowed to work more than eight hours in a single shift

The changes have introduced confusion concerning what nurses view as a direct threat both to health care workers and patients.

“An eight-hour daily cap to nursing hours would be catastrophic to the safety and quality of care for hospitalized patients in the state of Washington,” said Dr. Liam Yore, Past President of the Washington Chapter for the American College of Emergency Physicians.

Even more than that, nurses cite the eight-hour cap as a hazard to their patients.

“It definitely is a patient safety issue,” said Clinch.

According to Clinch, eight-hour shifts mean more hand-off periods between nurses during the day, where two nurses spend 30 minutes outside of patients’ rooms to debrief.

“Lots of research out there shows that the most dangerous time for patients is hand-offs,” he noted. “Eight-hour shifts would mean three hand-offs a day, whereas 12-hour shifts is just two. It’s less danger for the patient.”

Additionally, many nurses prefer to work three 12-hour shifts in a week, to allow for much-needed time away from a stressful profession.

“Doing three shifts a week and having four days off is much more therapeutic — it gives us a better work-life balance, and gets us further away from the hospital for longer periods of time,” Clinch described.

So, how did a bill originally designed to give nurses a break morph into something that threatens to upend their livelihood?

That all started when the amendment mandating eight-hour workdays was tacked on by Republican Sen. Maureen Walsh.

“I ran the amendment to simply say, that if the argument on behalf of this bill is nurses are experiencing exhaustion and fatigue, then perhaps the shifts are too long,” said Sen. Walsh. “This was a statement amendment by the minority party to try to make a point on the floor about the bill.”

Her point: “Maybe 12-hour shifts aren’t a good idea if you’re so exhausted.”

“I fully expected a rousing ‘no’ on my amendment,” she said. “I never dreamed that the amendment would hang.”

Democrats in the Senate hold a 29-21 advantage, with one Democrat who often caucuses with Republicans. As for how the amendment was allowed to pass, Sen. Karen Keiser pointed out that it doesn’t take many well-meaning Democrats to sway a vote.

“Democrats generally support eight-hour shifts,” she pointed out. “But we didn’t have a roll call vote, so we don’t really know who really voted for which amendment.”

One Democrat who voted in favor of the amended bill was Sen. Rebecca Saldana, who cited her support as “procedural,” and that it “does not reflect (her) desire for the final outcome of the bill.”

“What was before us on the Senate floor gutted the original bill,” Saldana added.

Sen. Keiser — herself the Democratic sponsor for the Senate bill — noted that every Republican voted in favor of the eight-hour shift requirement.

What quickly followed was a massive campaign launched by the Washington State Hospital Association, a local trade organization. The WSHA asked that nurses voice their opposition to the amendment, but without mentioning the original intent of the bill regarding breaks.

The WSHA opposed the bill in its infancy, back when it was designed just to mandate uninterrupted breaks for nurses. Shortly after Sen. Walsh’s amendment passed, fliers from the organization began appearing in hospital break rooms, urging workers to oppose the eight-hour workday amendment.

“The Hospital Association went to break rooms and said ‘this eight-hour provision is awful,’ also asking them to kill the whole bill, which I think is somewhat deceptive,” said the bill’s primary sponsor in the House, Rep. Marcus Riccelli.

MyNorthwest acquired a copy of one of those fliers. It reads:

On April 16, the Washington State Senate passed a bill (SHB 1155) that limits nurses to working only 8 hours in a 24 hour period, with no exemptions for emergencies or matters of patient safety.

There is still time to stop this change!

Most hospitals, at the request of nurses, have 12-hour shifts, and under the new law nurses would need to work 5 days a week for full-time pay.

HB 1155 now heads back to the House, where Rep. Riccelli hopes to remove both the eight-hour limit, and the measure excluding rural hospitals.

“I’ll be supporting our House work to remove those two changes … and we’re hoping to move this toward final passage,” said Riccelli.

In its final form, Democrats hope to have the bill function as it was originally intended: To provide uninterrupted, mandatory breaks for nurses in all of Washington’s hospitals, without limiting shifts to a set amount of hours.