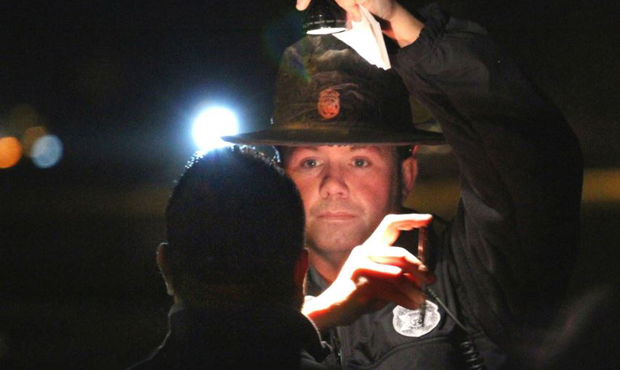 Strengthening the state’s DUI laws is never an easy feat in Washington, and this legislative session was no exception.

RELATED: Crackdown on DUIs gets second life in Olympia
RELATED: As one DUI bill fails, another advances

There were a few bills at the start of the session to toughen state laws on impaired drivers. One wide-ranging bill from Democratic Rep. Roger Goodman was years in the making, and among other measured, lengthened the amount of time drunk drivers would have to use ignition interlock devices, while adding penalties for impaired drivers with minors in the car.

Republican Sen. Mike Padden’s bill — SB 5299 — would have made four DUIs in 15 years a felony (rather than 10 years), which comes with prison time in most cases. It died in committee, as did a similar bill from Democratic Sen. David Frockt.

However, later in the session, Padden’s 15 year look-back — with significant bi-partisan support in both chambers — was added to Goodman’s larger bill, and was approved in the Senate.

Padden says the bill hit a wall when it was sent back to the House for approval.

“Despite commitments from the Democrat majority that they would take this up, they didn’t. They refused to vote on it at the very end [of session],” Padden said. “It’s very disappointing, mainly for the victims of DUIs.”

“We’ve had some very high profile cases in the Seattle area of 13, 17, eight, or nine prior DUIs that have skated, because the DUIs weren’t inside the 10-year time frame,” Padden added.

Goodman confirmed the bill was in jeopardy days before the end of the session, despite his support for extending the look-back period. The issue, Goodman said, was the projected $8-million dollar price tag that would come with locking up the relatively small number of repeat DUI offenders the change would impact over four years.

“The question there is whether we have the political will to pay for it,” Goodman explained.

They didn’t, and House budget writer, Democratic Rep. Timm Ormsby refused to include the money in the budget, and House leadership refused to vote on the bill if 15-year look-back was included. The Senate refused to drop the measure, and as a result, the entire DUI bill died.

“There was no funding because the bill didn’t pass,” said Rep. Ormsby in a written statement. “We universally do not fund policies that do not pass.”

“The look-back bill failed in the Senate and was amended onto a House bill. The policy never had a House hearing and did not receive concurrence,” he added.

Padden questions the issue of cost being the problem.

“It’s $8 million over four years, so $2 million a year, and when you think we have $5 billion in new revenue, plus the majority party raised taxes over a billion dollars, it’s a matter of priorities,” Padden said.

“There are some members in the House Democratic leadership that believe that nobody should go to jail no matter how many DUIs they have; they only should go if they have a vehicular assault or vehicular homicide. Of course that’s what we’re trying to prevent,” Padden added.

Rep. Ormsby labeled that claim as “inaccurate and ignorant.”

There are some lawmakers who prefer to focus on getting drunk drivers the treatment they need, rather than trying to incarcerate their way out of the problem. Padden stressed all session that the rehabilitation-centric approach doesn’t work with habitual DUI offenders, many of whom have been through multiple stints in treatment.

Padden also noted that his measure was supported by members of both parties, and would likely have passed by a wide margin if House Democratic leaders had permitted the House to vote.

“I want to be clear, this is not a partisan issue. We couldn’t have gotten it through the Senate without the support of the majority party, and we appreciate the efforts of everyone who saw this as an important issue. Our challenge next year will be to convince individual members that impaired driving is a serious problem that warrants the Legislature’s attention.”

Both Padden and Goodman plan to bring their proposals back next year, but Goodman says there will “still be a battle over the look-back and whether we’re willing to pay for it.”

“What really troubles me is there’s probably some folks that won’t be around next year, because they will have been killed by somebody who has had multiple DUIs. We know that repeat offenders are the ones most likely to have vehicular homicides or vehicular assaults, “Padden said.

Celebrity Cruises SPONSORED — A round-trip Alaska cruise from Seattle is an amazing treat for you and a loved one. Not only are you able to see and explore some of the most incredible and visually appealing natural sights on the planet, but you’re also able to relax and re-energize while aboard a luxury cruise […]
Close
Disagreement over crackdown on repeat offenders kills DUI bill