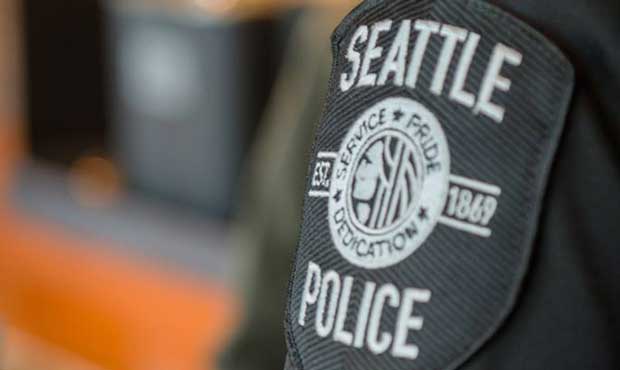 The Seattle Police Department fired a young officer after he self-reported his symptoms of depression and addiction to marijuana. Now, with the backing of the police union, that officer is fighting to get back his job.

Young Jun Lim, who served in the West precinct, told his superior that he was suffering from symptoms of depression. This didn’t come as a shock to his lieutenant.

“Luckily he noticed that, and he had an officer who was involved in peer support come and talk to me,” Lim, 24, exclusively told The Jason Rantz Show on KTTH. “That officer told me his story about his substance use and how the department helped him out during his trying times. So I decided to come forth and tell my lieutenant that I was also, you know, having this substance problem.”

Lim had become addicted to marijuana, a way to self-medicate through his depression. He started consuming marijuana infrequently, but as his depression worsened, he would smoke every day after his shift.

“I work third watch, which is basically night shift, so after every shift, I’d go home in the morning… and use marijuana,” Lim admitted. “I’d go to sleep, wake up and then go to work the next day.”

Lim tested positive for marijuana in his system after a urine test and was referred to the Office of Police Accountability for investigation. He smoked approximately 14 hours earlier, according to his disciplinary action report obtained by the Jason Rantz Show. THC can stay in the system for days, but does not necessarily indicate you’re impaired.

“I had been self medicating myself for quite a bit and obviously there would be THC in my system,” Lim concedes. “However, I’d like to stress the fact that I never showed up to work feeling impaired or high or anything like that. Because not only would that put myself at risk, it put other officers at risk, and more importantly, it put in the community at risk.”

Lim says the SPD sent him to a 45-day rehabilitation center in California, where, after intensive counseling, he was diagnosed with both depression and post-traumatic stress disorder

“I was able to get through it with the help of the therapists and counselors there,” Lim explained. “I also learned a lot of good coping skills because, mainly, the reason I turned to using marijuana was to kind of keep my emotions in check, so to speak.”

When Lim returned from his rehabilitation, he was informed by Police Chief Carmen Best that she had terminated his employment. Best, in a disciplinary report to Lim, said his “conduct was a serious violation of Department policies and expectations.”

While Best acknowledged Lim had been “forthcoming, straightforward, and cooperative” with the investigation, his actions were “not compatible with continued employment with this police service and I have determined that termination of your employment is the appropriate outcome here.”

According to SPD policy, despite the legalization of recreational marijuana in Washington, officers may not consume on or off-duty.

Lim was devastated. He joined the force two-and-a-half years ago to help his community.

“I really enjoy helping people,” Lim explained. “When I was a police officer, I would work the international district, you know, Chinatown. And, obviously I’m Asian myself. And there’s just this, I guess, the special connection Asian people have when they meet each other. You know, we’re very friendly with each other, and it’s a great, close knit community, very pro-police. And I really, really loved helping them out. And, you know… when you call 911 you’re having a pretty bad day. To be able to show up for people and help them in their time of need that just, you know, it brings up the warm and fuzzy, so to speak.”

This termination comes as the SPD faces a mass exodus of officers leaving the force, while, at the same time, Chief Best and Seattle Mayor Jenny Durkan have attempted to diversify the force to better reflect the communities they serve.

And after Seattle City Attorney Pete Holmes was given a slap on the wrist for bringing marijuana to his office, his office argued in support of vacating marijuana convictions prior to legalization, since they disproportionately impacted communities of color. Now, the Department is firing a qualified Asian officer.

What’s behind Seattle’s motion to toss out marijuana convictions

Lim is appealing the decision and is being strongly backed by the Seattle Police Officer’s Guild (SPOG), which approved his appeal to bring this to a neutral, civilian arbitrator.

“This approval came after the board carefully reviewed the investigation and the circumstances,” SPOG Director of Media and Labor Relations Rich O’Neill told The Jason Rantz Show. “Some of the factors that the board considered was the fact that the ‘substance’ in question is legal in Washington; the officer self-reported; there was no evidence of the officer being under the influence while on duty. The discipline (termination) appeared very severe when compared to other department employees who have faced discipline for substance abuse issues.”

This fight isn’t just about Lim’s job. He’s concerned that being fired for self-reporting a serious medical issue, sends the message to other cops that they shouldn’t speak up about issues they’re facing.

“Police officer suicides are going up,” cautions Lim. “It’s no joke, because you’re taught all this stuff in the academy, but once you really get out there on the streets and see all the blood and what a human being is capable of doing to another human being, no mock scene or academy lesson can really compare or prepare you for something like that… and there’s no doubt in my mind that there are some other officers and other departments that are maybe going through the same thing I was… we’re all human beings. I made a mistake. I owned up to it and ultimately got fired for it. But hopefully in other people’s cases, that won’t be the case.”

It’s a sentiment echoed by SPOG.

“Police officers work under very stressful conditions and sometimes, unfortunately, they will deal with that stress through unhealthy means,” O’Neil said. “Officers are encouraged to come forward and ask for help and that is what Officer Lim did in this situation. Officer Lim sought help and has learned healthy coping mechanisms. By terminating him, this sends a chilling message to those who self-report and ask for help.”

Lim is grateful for the chance to get help and, despite the firing, doesn’t hold ill-will towards Chief Best. But he does hope he’ll get his job back. If not, he plans to move on as best as he can.

“On paper, it does say I was terminated for a substance abuse, so it’ll be pretty difficult for me to get back into any type of law enforcement,” Lim worries. “So currently I have plans to hopefully maybe apply to a security position, like a casino, maybe Emerald Queen Casino, which is pretty near where I live. So there’s that and hopefully I can do that until another department, hopefully, kind of gives me a second chance.”

Ultimately, it will come down to an arbitrator. And while Chief Best can’t comment on personnel issues, Lim had a message for her.

There are a wide variety of treatments options available for men with prostate cancer. One of the most technologically advanced treatment options in the Pacific Northwest is Stereotactic Body Radiation Therapy using the CyberKnife platform at Swedish Medical Center.
Close
Rantz: After rehab, Seattle cop fired for self-reporting marijuana use