Can King County’s new directive for wearing a mask in some public places help curb the spread of COVID-19?

Recent research out of Japan, Hong Kong, and other regions of East Asia claims that if 80% of a population were to wear some sort of protective mask, coronavirus infection rates would drop to one-twelfth of what’s seen in populations where no masks are worn.

“Conceivably, it makes sense to me that if everybody is wearing masks, then that would reduce transmission, and could potentially cause cases to drop potentially very dramatically,” Columbia University Dr. Angela Rasmussen told KIRO Radio’s Gee and Ursula Show.

Wearing a mask, Dr. Rasmussen points out, won’t prevent you from getting the virus, but what it does do is help limit the ability of infected wearers to spread the virus to others. That becomes especially crucial for asymptomatic carriers, who may not even know they’re infected.

As for whether people will actually choose to follow the new guidelines, that could be made difficult by a mask debate that has largely been divided down political lines.

Citing testimony from the coronavirus task force before a U.S. Senate committee Tuesday, she pointed out that Senators in attendance who did and didn’t choose to wear masks were largely separated by their party.

Rasmussen sees that as a barrier to convincing the general public of the efficacy of mask requirements.

“That is going to create a problem in terms of universal mask acceptance, and that in turn will cause people who are not wearing masks to potentially be more contagious if any of them are infected,” she cautioned.

For those who do choose to wear a mask out in public, Dr. Rasmussen noted that “there is no harm” in doing so, “provided it’s worn correctly.” That means not frequently pulling them down and up again, not tipping them off of one ear, and being sure to wear it over both the nose and mouth.

“If people are wearing masks correctly, where they’re wearing them over their mouth and nose, they’re not touching them, and they remove them, wash them, or dispose of them when they’re finished, that’s fairly safe, and it’s a relatively low risk activity,” she advised.

King County’s new directive takes effect on May 18, asking that people wear some sort of cloth face covering in grocery stores, pharmacies, hardware stores, and more, as well as restaurants where food is being picked up.

Exceptions to the directive include children, people with disabilities, deaf individuals, and others who may not be able to wear a mask for health or other reasons.

There is no penalty for not wearing a face covering, and law enforcement will not be involved in the directive. 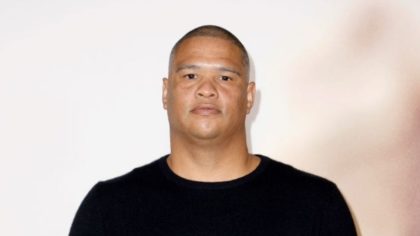