Seattle councilmembers heard proposals from community groups Wednesday for what broad cuts to the city’s police budget could look like in practice.

The proposal presented before the council’s budget committee Wednesday morning was a joint effort between the Decriminalize Seattle Coalition (DSC) and King County Equity Now (KCEN), laying out a roadmap for sweeping cuts to the Seattle Police Department, and reinvestment in community-led organizations to shoulder the load.

“The time for reforms has passed,” University of Washington assistant law professor Angela Chazaro told the council. “We can’t train our way out of the problem of police violence.”

The proposal from the DSC and KCEN — comprising a total 50% reduction — calls for cuts to SPD’s recruitment, hiring, and training budgets, as well as an end to overtime pay for officers, and the city’s Navigation Team. In the case of overtime, Chazaro described it as “something of a blank check” when it comes to the city’s yearly budget, noting that SPD exceeds its allotment in most years.

Our 4-point proposal for reinvestment:
1-replace current 911 operations w/ a civilian-controlled system
2-scale up community-led solutions
3-fund a community created roadmap to life without policing
4-invest in housing for all pic.twitter.com/YfwxXvwH3H

A large portion of SPD’s budget is allocated toward personnel. According to Open the Books data, 119 of the top 200 city salaries are police officers, with the department boasting over 1,300 employees with six-figure incomes.

“Part of what’s bloated the police budget so much is those salaries,” Chazaro said, emphasizing the need to ensure the next SPD contract “reflects this new reality.” The department’s current contract expires at the end of 2020.

The proposal would also replace the city’s current 911 operations with an entirely civilian-controlled system (Seattle’s current 911 dispatch is managed by SPD). A new system similar to one in place since 1989 in Eugene, Oregon, known as CAHOOTS was cited as a possible model.

Eugene’s service is composed of unarmed medics and mental health workers dispatched by 911, offering counseling, conflict resolution, housing referrals, first aid, and transport to further services. It responds to roughly 20% of all 911 calls for service in the city.

In 2019, it responded to 24,000 total calls, just 150 of which required police assistance. Over 60% of the people CAHOOTS has served are homeless. According to the program’s own estimates, it has saved Eugene $8.5 million in policing costs since it was enacted, and $14 million in emergency medical response money.

There was some skepticism expressed Wednesday in terms of Seattle’s ability to scale up its own CAHOOTS-like program. Councilmember Lisa Herbold referenced a conversation she had with Mayor Jenny Durkan over the ability of such a system to guarantee 24-hour response across all the various needs of 911 calls.

To that, Chazaro pointed out that the average response time for police in the current 911 dispatch system sits around 15 minutes, and that “people can sometimes wait for hours” in lesser-served communities of color.

“It’s not like having a 24-hour SPD response has actually led to the community safety that we need,” she said.

Wednesday’s presentation operated as part of a larger mission from councilmembers to cut the city’s police budget in half, led by Teresa Mosqueda, and supported to varying degrees by a handful of others on the council. 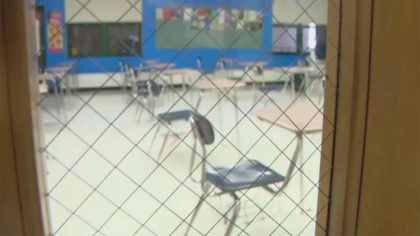