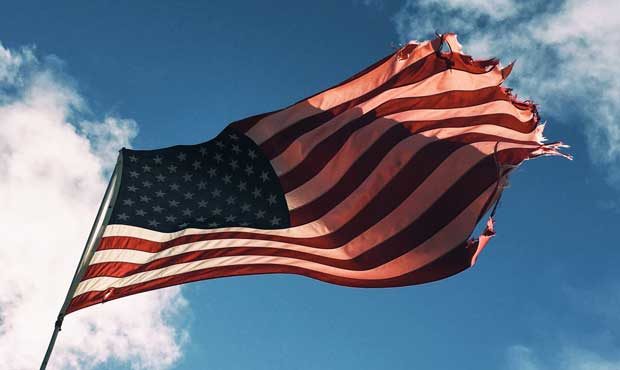 Study: Americans perceive country as more divided than it actually is We’re often told that the left and the right have nothing in common and that Americans are more divided than ever, but a new study disagrees with that. Todd Rose is co-founder and president of Populace, and he joined the Gee and Ursula Show to discuss a first-of-its kind survey of Americans — called the American Aspiration Index — that finds we are not as divided a nation as we’re led to believe.

“So we care deeply about understanding the American public and their priorities, their aspirations for the future of the country, with the idea that we can handle differences and we can handle common ground,” Rose explained. “What we can’t handle is misunderstanding. And so we’ve used some pretty novel methodologies to get around not only what people will say out loud, but what do they privately believe and aspire to.”

The study presented people with a series of attributes about the future of the country, then asked them to rate priorities based on those attributes. Despite perceptions of a division, people had many shared attributes.

“If you did this study, what you would have got is a screen that said, ‘OK, for the future of this country, here’s two versions country A and country B,’ and you would get six randomly generated attributes on country A, and six randomly generated attributes for country B. All you have to choose is which of those two is closer to your view of where you want America to be in the future,” Rose said.

“So if we just ask people, and we did, ‘Are we divided as a country?’ We had 82% of Americans said we’re divided, and 41% of them said we are extremely divided. Except for when you dig into this private opinion stuff, it turns out that we are stunningly in agreement across race, class, gender, geography, generation. … I will say the only place where we see real disagreement is in our politics, and even there it is hyper-division on a few things that’s being perceived as the breadth of disagreement,” he continued.

One of the highlights in the level of agreement across political persuasions is the need for high quality health care.

“It turns out that people having high quality health care is the second highest priority for our aspirations for the country, and it is a top five priority, no matter how you cut the data, including by whether you voted for Donald Trump or Joe Biden,” Rose said.