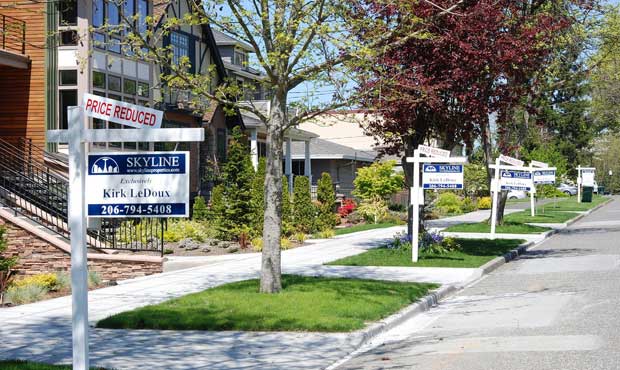 A new report from Redfin found that over 4,000 Seattle homes have sold for over $100,000 above asking price in 2021, marking a massive increase over that same period last year.

Petrich credits a surge in tech workers at Microsoft, Amazon, and others who have sought out larger work-from-home spaces over the last year, a majority of whom “have the money to compete with other buyers and drive up prices.”

Similar trends have taken hold on the Eastside as well. So far in 2021, 88 homes in Bellevue have sold for more than $300,000 over asking, skyrocketing from just two last year over that same period. It’s been the same story in Redmond, Sammamish, Kirkland, and Issaquah, where between 35 and 70 such sales have occurred so far in 2021, compared to between zero and two in the first half of 2020.

This comes in the wake of a record-breaking month for the Puget Sound region’s housing market, where the median sale price of residential homes in King County grew nearly 30% year-over-year. That’s been driven by record lows in supply, with housing inventory in Western Washington dropping by over 4,800 listings year-over-year in May, marking a decline of 46%.

Combined across King, Snohomish, Pierce, and Kitsap counties, residential homes sold for an average of 108.6% over the asking price in May of 2021. In King County alone, that number sat at 109.5%. Lake Washington Windows & Doors SPONSORED — Fiberglass windows are an excellent choice for window replacement due to their fundamental strength and durability. There is no other type of window that lasts as long as fiberglass; so why go with anything else? Fiberglass windows are 8x stronger than vinyl, lower maintenance than wood, more thermally […]
Close
‘I’ve never seen anything like this’: Bidding wars send Seattle home prices skyrocketing