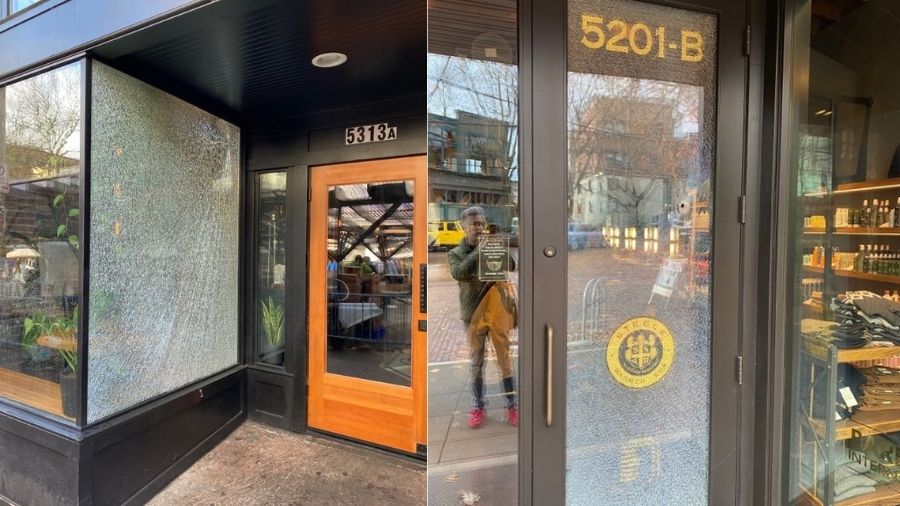 Crime has gotten so bad in downtown Seattle that King County government is now providing security guards to escort county employees between their workplace and commutes via ferry and train stations.

But what about people in the private sector? What about small businesses? Who’s watching out for them?

Apparently, no one. Just ask Matthew Humphrey, the owner of Steele Barber on Seattle’s Ballard Avenue.

Seventeen other businesses within a couple block radius of Steele Barber have also been vandalized or broken into recently.

The costs have hit Humphrey and other local business owners hard. Repeat vandalism cuts into their bottom line when insurance stops covering the damage. Repairs are delayed because so many glass and window companies are trying to keep up with replacements. And getting the attention of locally elected leaders seems to get business owners nowhere.

When the city refuses to clean up homeless encampments and enforce local laws, what are local business supposed to do?

Listen here to the full interview with Matthew Humphrey to hear what he shared on Thursday:

“My big thing is trying to stand up and speak up,” Humphrey said.

He worries a lot of small business owners are afraid of the politics involved with calling out the city for its failures.

“There is no politics when you talk about security. It’s a basic expectation,” Humphrey said.

Talking to Dori, Humphrey says, is a “productive way to get my voice out there.”

There are a wide variety of treatments options available for men with prostate cancer. One of the most technologically advanced treatment options in the Pacific Northwest is Stereotactic Body Radiation Therapy using the CyberKnife platform at Swedish Medical Center.
Close
Dori: Ballard barber issues ‘cry for help’ over repeated vandalism, theft