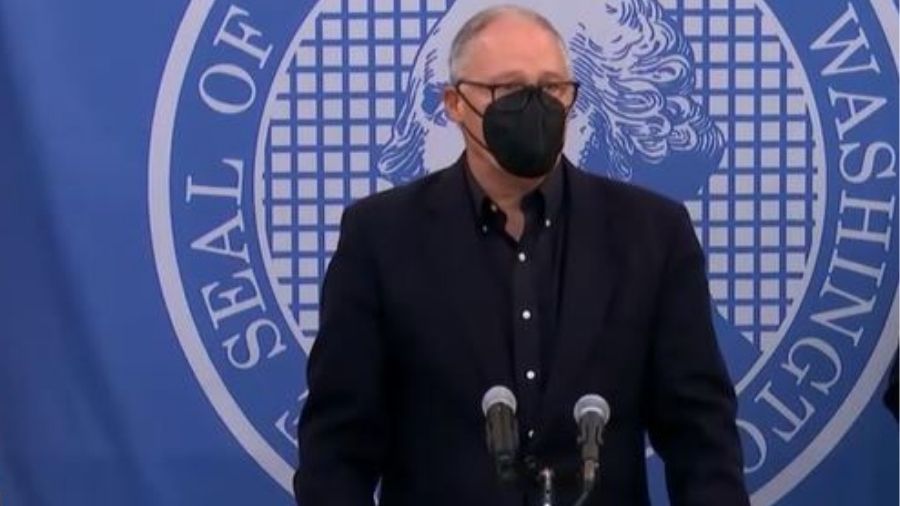 Gov. Jay Inslee announced Thursday that he will be deploying the National Guard to hospitals across Washington, while halting all non-emergency procedures to free up medical staff.

This comes in the wake of ongoing warnings from the Washington State Hospital Association (WSHA), which said this week that state hospitals are experiencing “a crisis” driven by rising COVID-19 cases and significant staffing shortages.

To help mitigate that, Gov. Inslee is mobilizing 100 Washington National Guardsmen spread across hospital emergency departments “to assist with various non-medical tasks to alleviate the crowded and chaotic situation.” Those personnel will be divided among four hospitals in Everett, Yakima, Wenatchee, and Spokane.

The National Guard will also be deployed to hospitals in Olympia, Richland, Seattle, and Tacoma to assist with COVID-19 testing efforts, with additional FEMA-run test sites to be set up in King and Snohomish counties as well.

Gov. Inslee is mandating that hospitals “temporarily halt non-urgent procedures” for the next four weeks to allow health care workers the ability to divert their focus to growing needs in emergency departments.

Concurrently, the governor is investing $30 million of his supplemental budget “to allow nurses, nursing assistants, and medical assistants to achieve their educational and clinical requirements without facing delays caused by limited opportunities for training.”

“The governor is asking for anyone who can help out – with testing, vaccinating, working in the hospital or other locations – to please help,” his office said in a written release.

Hospitals have been forced to make up for low staffing levels by relaxing return-to-work restrictions for workers with COVID-19. KTTH’s Jason Rantz and KIRO Newsradio reported this week that a handful of MultiCare hospitals have ordered symptomatic, COVID-positive staff to work “if they are experiencing mild symptoms but are improving.” Other hospitals have adopted similar policies as well.

“Staff exposed to COVID-19 or who may have been previously infected may return to work sooner than normal,” WSHA Vice President Taya Briley confirmed during a Thursday briefing.

With minimal travel time required and every activity under the sun, Anacortes is the perfect vacation spot for all ages.
Close
Gov. Inslee deploys National Guard, halts non-urgent procedures amid hospital staffing crisis