‘It just takes one time:’ Fentanyl’s deadly toll across WA, US shows no signs of slowing 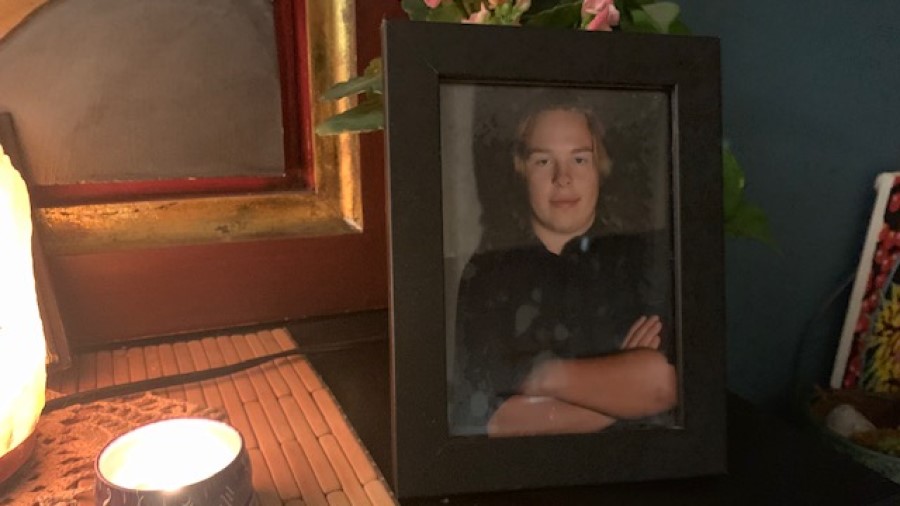 A high school senior photo of Jayden Barker, who died from a fentanyl-related overdose when he was 20 years old, in 2020. (KIRO Newsradio)
(KIRO Newsradio) Most drug users today understand that when they smoke or inject narcotics, there’s a good chance they contain fentanyl, a synthetic opioid 100 times more powerful than morphine.

“It’s in meth right now, it’s in heroin,” said one Snohomish County woman, 51, who’s remaining anonymous due to her connections with local law enforcement. “It’s in everything right now. It’s going around.”

She’s been addicted for more than half her life, and has watched as the body count grows from the deadly invasion of fentanyl.

“At least 15 that I know,” she said. “A girl actually, her and her mom died within a week of each other.”

There seems to be no slowing the rapid surge in deadly overdose deaths involving fentanyl in Washington state.

Statewide, the Washington Health Department says more than 2,000 people died from drug overdoses in 2021, the most on record, and about a 66% increase compared to 2019.

One of those recent deaths was 20-year-old Jayden Barker.

His aunt, Kendra Kruse, placed photos of her nephew surrounded by candles and flowers on a mantle in her living room.

Kruse says a couple of years after graduating from Everett’s Cascade High school, Jayden started experimenting with painkillers. About six months later, he came across a bad batch.

“I think it was a quarter of what he thought was a Percocet, and that’s all it took was a quarter. Kruse said. “It probably wouldn’t have even taken that much, but he never woke up.”

Fentanyl doesn’t care if you’re a long-time addict or a kid who’s newly hooked. 2021 was a record-setting year nationwide for deaths from overdoses, and about two-thirds involved fentanyl or other synthetic opioids.

Frank Tarentino is a D-E-A Special Agent in Charge, overseeing the Seattle Field division, but he’s a father first, and tells his own kids:

“This idea that you can decide to experiment and it’s going to be okay is not what it used to be. It’s lethal,” Tarentino said.

Imagine 15 grains of salt, Tarentino said. That tiny amount of fentanyl is enough to kill, and it’s in nearly every street drug. Or it’s disguised as blue pills that look like they came from a pharmacy, which is how so many young people end up dead.

Despite the DEA and border patrol’s attempts to thwart smuggling, little is being done on the other side of the border by the Mexican government to stop the cartels.

They produce it in clandestine warehouse labs with chemicals brought in from China and India. And, the smugglers play games with law enforcement to slip by, said Ali Bradly, an independent journalist embedded with U.S. Customs and Border Protection and other law enforcement.

“We have so many people crossing our border every single day and we don’t have the agents to do that job and also be out in the field,” Bradley said.

Border agents are encountering more people than ever before trying to cross the border; well over one million children and adults so far this year.

“Cartels know when they create these humanitarian crises, that’s when they’re pushing across people in the unmanned areas,” Bradley said. “That is how the drugs that are brought in that are not caught at our checkpoints are also being smuggled through.”

But they can’t catch it all, and that leaves the clean-up to the DEA… and local women and men in blue.

On a recent morning, the Snohomish County Regional Task Force pursued a drug bust operation, where a caravan of police units pulled up on a trailer, where a suspected drug dealer lives.

The man they find is a low-level dealer, who’s been busted before, about five years ago.

But when the pandemic hit, and he lost work doing construction, he needed extra income to support his family back in Mexico.

He said he makes about $150 extra per day. The drugs he sells comes from Mexico, and are delivered to him through a middle man in Seattle.

He claimed to not know the pills he sells contain fentanyl, only saying, “a lot of people are looking for [them].”

Inside the man’s trailer, police find plastic baggies filled with hundreds of the pills. Commander Jay Baines, who oversees the task force, says, “every one of those could represent an overdose… every one of those pills could kill somebody.”

Baines said almost all of the fentanyl they seize originates from Mexico.

“The crime down there and the cartel and the way they run things, I’m sure the officials in government down there are scared to death of them,” said Baines. “And for the Mexican government to take ownership in that I think is an uphill battle for the United States and our borders, and it’s more open than ever.”

And so the fentanyl continues to pour in and overdoses pile up.

Kendra Kruse, who lost her nephew Jayden Barker to fentanyl, knows there’s no one single solution, but she says education and awareness are key, especially among the youngest potential victims.

“It just takes one time of taking a pill that a friend of theirs who they trust gives it to them,” said Kruse. “And, that’s it. They’re done.”

There are a wide variety of treatments options available for men with prostate cancer. One of the most technologically advanced treatment options in the Pacific Northwest is Stereotactic Body Radiation Therapy using the CyberKnife platform at Swedish Medical Center.
Close
‘It just takes one time:’ Fentanyl’s deadly toll across WA, US shows no signs of slowing