Big losses have hit Boeing again, but the news comes with a massive plane order.

At the same time, Alaska Airlines said it would purchase 52 Boeing 737 MAXs.

“This investment secures aircraft to optimize our growth through the next decade, which we know will be a formidable competitive advantage,” said Alaska Airlines CEO Ben Minicucci in a statement. “We’re proud of the strong financial foundation that uniquely positions Alaska to make this commitment to our future, and of the fantastic partnership we share with our hometown aircraft manufacturer at Boeing.”

The order is the largest in Boeing’s history and based on the current value of the planes could be worth almost $3 billion.

According to the Wall Street Journal, the losses are due to “fresh problems with its defense business added to supply-chain and regulatory woes in its commercial jet arm.”

The company is also late on its delivery of two planes to replace the Air Force One 747s.

Boeing’s stock is down about 30% this year. Despite the bad news, CEO David Calhoun told investors “I feel good about our turnaround.”

Calhoun said he is confident about the company’s return to positive cash flow by the end of the year.

Boeing behind schedule in gaining approval for new Max jets

Boeing’s Chief Executive Dave Calhoun also said he believes the company will get an extension from Congress to get the MAX 7 and MAX 10 certified, which are part of the Alaska Airline deal.

Speaking on CNBC, Calhoun said he is confident Boeing will get an extension and “they will be certified as safe airplanes.”

Boeing has faced a series of engineering, manufacturing and regulatory problems since two of its 737 MAX jets crashed in 2018 and 2019, taking 346 lives. 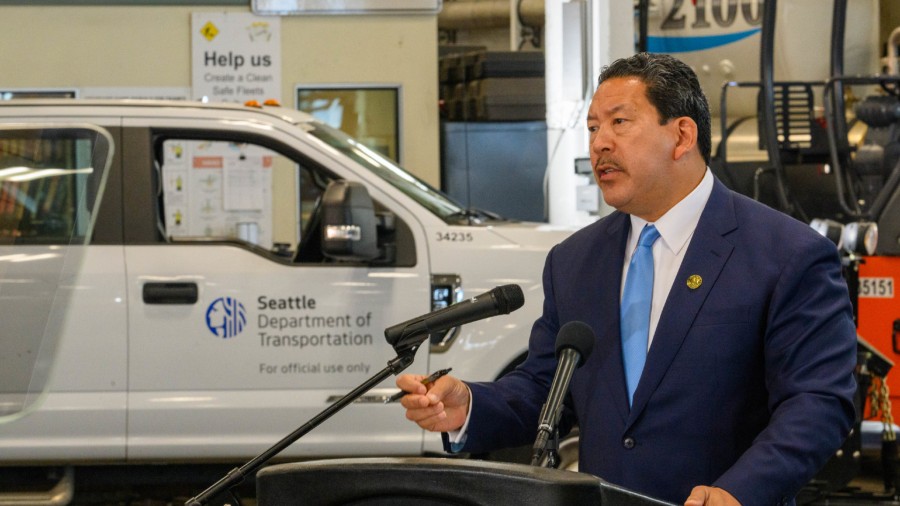 Seattle Public Schools just announced a three-year contract with a brand-new company to the Pacific Northwest to assist with their student transportation: Zum.
Close
Big losses, but potential future gains for Boeing