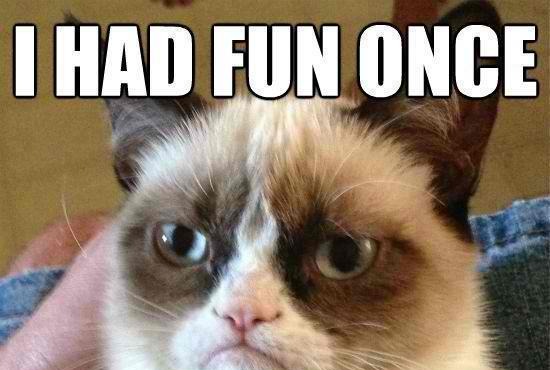 The Internet. Where cats have been crowned king.

Nyan cat, an animated, cartoon cat with a Pop Tart body, a cat’s head and a rainbow trailing behind him, has racked up more than 117 million hits on YouTube. And Grumpy Cat, the dwarf kitty with the underbite and permanent scowl, has everything from his own movie to a line of Grumppuccino Coffee.

But these Internet cats certainly can’t manage their own careers, they need help. Which is where Ben Lashes comes in. Ben used to tour the country as the singer of the now defunct Seattle band, The Lashes. Now he runs his own company called A Weird Movie.

“I am a meme manager,” says Ben, from Los Angeles, where he now resides. “I represent some of the most iconic Internet meme characters that have come out over the last several years.”

For Ben, it all started with online phenomenon, Keyboard Cat. Keyboard Cat is a real, live, orange cat who wears a shirt and plays the keyboard. Keyboard Cat’s owner, Charlie Schmidt, is a family friend and told Ben that he had put the video online and got tons of clicks but wasn’t sure how to make any money off of it. At the time, Ben was working at a music distribution company, but he figured he could apply the same strategies towards an Internet cat.

“I would call and go, ‘Hey, you know, I’d love to make a toy of this. I’ve got this cat in a shirt and a keyboard.’ And they would laugh at me or hang up on me or think that I was pranking them. So I ended up having to kind of think a little bit punk rock about how we make some of these things happen a little bit less traditionally.”

When Ben couldn’t get a licensing agent to take him seriously, he taught himself to be one and eventually quit his job to run his own company. And today, he runs a successful business representing Nyan Cat, Keyboard Cat, Grumpy Cat, and a couple other feline-free memes.

“Just in the last two years, with Grump Cat alone, we’ve done the MTV Movie Awards, we’ve done two episodes of American Idol. Grumpy Cat was the host of WWE Monday Night Raw. We were at the season finale of The Bachelorette with Grumpy Cat. So I can’t guarantee that the whole thing isn’t just made up in a dream right now. It’s been one, big, crazy-long pinch-me moment.”

Ben isn’t the only one able to make a good living off of this. So is Tabby, Grumpy Cat’s aptly named owner, whose brother put a photo of Tardar Sauce (Grumpy Cat’s real name) on Reddit, where the cat gained international attention literally overnight.

“She worked at a Red Lobster restaurant when Grumpy first exploded,” says Ben. “She quit her job, it was less than a year after it first broke.”

In case you’re concerned, all the cats are taken care of. They are not overworked or overhandled, but they do get quite a bit of work.

Ben, who has never actually had a cat of his own, is used to getting laughs when he tells people what he does for a living.

“People always want to know, this has got to be a joke, can you actually make money off of this? I mean, the Pet Rock has made billions of dollars. The United States is based off of crazy ideas becoming worth money!”