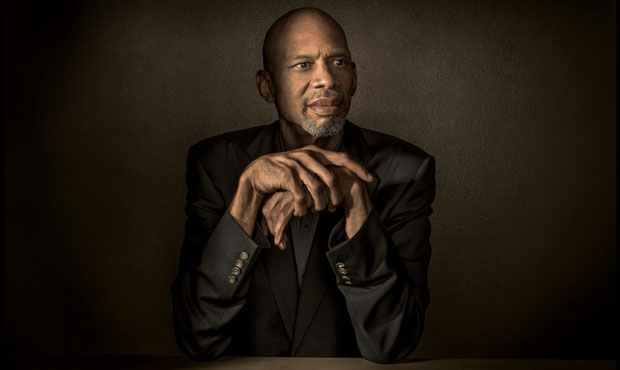 After playing 20 seasons in the NBA, he remains the all-time NBA points leader with 38,387 points scored. ESPN voted him the greatest center of all time and greatest player in college basketball history. He was awarded the Presidential Medal of Freedom by Barack Obama in 2016 and trained in martial arts with Bruce Lee.

RELATED: Why is the national anthem always played before a game?

But in his new autobiography, “Becoming Kareem,” he starts at childhood, sharing his life story and his road to becoming the 70-year-old man he is today. As a child, Abdul-Jabbar was a bookworm, and one of three black kids at his school. He shared a story about the time his high school basketball coach called him the n-word.

“I was not playing very well in the game; we had a very big game coming up and and I was kind of goofing off in the game before that, not playing very hard and not very focused,” Abdul-Jabbar said. “It really outraged my coach and he lost his temper and used the n-word in describing what I was doing.”

“I was very, very sensitive to that word and he made a mistake,” he said. “The man was not a racist. He just made a mistake in a moment where he lost his temper. But it really had a negative effect on my relationship with him.”

Abdul-Jabbar says that wasn’t a defining moment in his life, but he did go on to become an activist on issues surrounding race.

“I first spoke up about something, I think, very publicly, after Dr. King was assassinated,” Abdul-Jabbar said. “I took part in a demonstration on UCLA’s campus. I think that was the first public demonstration that I did.”

These days he spends time mentoring professional players who are taking political stands on the field and court, like those who refuse to stand for the national anthem.

“Just because someone makes their living as an athlete does not mean that they do not have a conscious and a moral center,” Abdul-Jabbar said. “They have in no way forfeited their right to speak out on issues that are important to them. Some people say, ‘Just shut up and dribble.’ I think that was a pretty idiotic statement. Athletes have the same rights as anyone else to express their political views.”

I asked Abdul-Jabbar what he thinks is the biggest issue African Americans face today.

“I think African Americans are trying to catch up with the rest of American society,” he said. “It’s made hard by the lingering effects of institutionalized racism; racism that we don’t even acknowledge. It’s very hard to get people to be aware of some of these issues. They’re so much a part of our culture and seem to be intractable. It’s going to take time and we’re going to have setbacks.”

Preparing for this interview, I asked a lot of colleagues and friends for advice on what to ask Abdul-Jabbar. Every single person said the same thing: ask him about his role as Roger Murdock in the 1980 film, “Airplane!”

“The part fell in my lap because they wanted Pete Rose, who was a baseball player,” he said. “They wanted him to play the part. But it was in the summer and he was playing baseball. So they figured I would be a good substitute and that’s how I got the part.”

Why did his cameo become a classic that people are still talking about 38 years after the film was released?

“I think the fact that I was so out of character,” he said. “I was always supposed to be this uptight guy who didn’t like to engage with people and here I am playing somebody who has a secret life as an airline pilot. You see me in the film in my basketball uniform. The Lakers had a great year that year and it all seemed to fall into place.”

It’s not easy being tall

“The best thing about being tall is if you work out a little bit and get in good shape, you look good in your clothes when you’re tall,” he said. “The most difficult thing is, when you get into situations where you are not average height, sometimes you have to accommodate yourself to things that do not fit your size. I was in Japan and went to a hotel and the shower was not going to work. Stuff like that.”

Abdul-Jabbar no longer plays basketball, not even for fun with friends. He doesn’t even have a favorite basketball team. At least, that he will admit to.

“I only feel like that about baseball,” he said. “I’ve been a lifetime Dodgers fan.”

There are a wide variety of treatments options available for men with prostate cancer. One of the most technologically advanced treatment options in the Pacific Northwest is Stereotactic Body Radiation Therapy using the CyberKnife platform at Swedish Medical Center.
Close
NBA star Kareem Abdul-Jabbar talks politics, ‘Airplane!’ and books