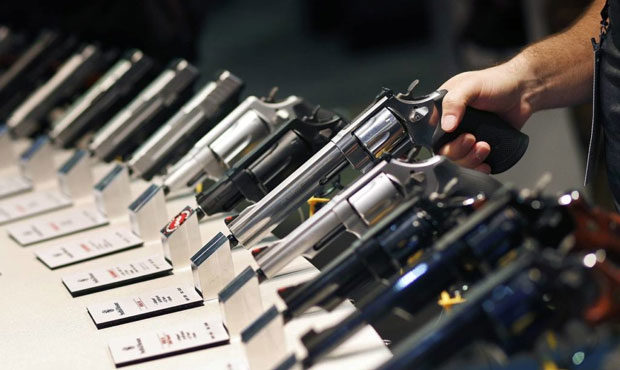 Lewis County’s Sheriff’s Department recently joined the town of Republic, Washington in its reluctance to actively enforce the gun control measures laid out in I-1639.

KIRO Nights host Gee Scott had a chance to sit down with Lewis County’s District Attorney, Jonathan Meyer, who expanded on the county’s position.

“The problem with the way 1639 is written is that it’s almost an unenforceable law,” said Meyer.

The text of I-1639 covers a variety of gun control measures, including waiting periods and background checks on the purchase of semi-automatic weapons, an increase to the minimum age for purchasing semi-automatic weapons from 18 to 21, storage requirements for firearms, and a class-C felony for any gun owner whose firearm is used by an unlicensed party.

Because the measure is so dense, Meyer argued that it violates the state’s “one initiative, one subject” law, which could ultimately lead to it eventually getting struck down in a court challenge.

That “one initiative, one subject” rule is known legally as the “single-subject rule,” and is exactly what it sounds like: A citizen initiative may only contain a single issue or subject. According to Meyer, the breadth of I-1639’s expansive gun control regulations violates that edict.

“When we throw this many things into one initiative, we’re going to have problems, and I think that’s what we have here,” he said.

That being so, he did note that the reasoning for Lewis County was less philosophical and more logistical, especially as the county sheriff’s department has said it will still enforce I-1639 as it applies in active investigations.

“The way that it’s written is very hard to enforce,” he reiterated. “When the sheriff says when we learn of violations through the course of an investigation, he means just that: If something is brought to our attention, which is typically how law enforcement finds out about crimes, somebody reports it. He would investigate it, it would get referred to my office, and then we’d take a look at it.”

Meanwhile, I-1639 is facing a court challenge from the Bellevue-based 2nd Amendment Foundation and the NRA, which are suing over the legislation’s constitutionality.

“It’s going to take a lot of money, some really good attorneys, and it’s going to take some time and patience,” Dave Workman with the 2nd Amendment Foundation’s told KTTH’s Jason Rantz shortly after I-1639 was passed.

For Meyer’s part, he predicts an outcome unfavorable to the newly-passed initiative.

“I understand some of the reasoning behind 1639, but the way that it’s written, I don’t think it’ll stand up to a court challenge,” he opined.

RELATED: Idea of sanctuary city for I-1639 is ‘fiction’ The book "To Kill a Mockingbird" will be removed from the 9th grade required reading list in the Mukilteo School District.