In a city filled with rising rents and relentless redevelopment, you don’t often hear about new land becoming available. A 25-acre property between the Magnolia Bridge and the Interbay Golf Course will soon be vacant, and it may be big enough to be its own neighborhood.

“What’s fun about this is that land is at a premium here in Seattle and suddenly 25 acres within the city limits are becoming available now,” said KIRO Radio’s Tom Tangney. “It’s just fun to kind of imagine what would be the best use of 25 acres, and right now the key is they want figure out what’s best for the citizens of Seattle.”

There isn’t much at the site at the moment. The Washington National Guard currently uses the space to store Humvees, but is looking to move the vehicles outside Seattle, reports KUOW. What will replace those Humvees remains to be seen.

Among the ideas proposed by the public at a recent community meeting include a community sports facility, housing with shops and a park, and a homeless camp with thousands of tiny homes.

Before any of that happens, though, the city has a committee trying to determine what the general purpose of the land should (public or industrial in nature), and whether rezoning would be required. It will likely take years for the Guard to move off the site.

“Well, it’s about what you want it to do: Do you want it to make money or cost money?” asked co-host John Curley. “If you turn it into a homeless camp it costs money; if you want to turn it into something that generates money in the form of either tax revenue or a place for people to live and all that other stuff then you turn it over to the commercial world. You let them put something in there.”

RELATED: Washington is the most expensive state in the NW to be a first-time mom

“It could be a bunch of affordable housing. It could be very high end housing that it’s economically advanced,” added Tom. “I think the idea would be to do what’s best for how Seattle envisions itself in the future.” 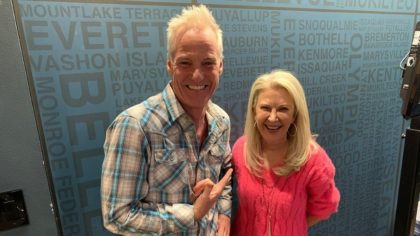 There are a wide variety of treatment options available for men with prostate cancer. The most technologically advanced treatment option in the Northwest is Stereotactic Body Radiation Therapy using the CyberKnife platform.
Close
Vacant 25-acre piece of land may become a new Seattle neighborhood