John Floyd, 1787-1837, was the first elected official to promote American settlement of what's now Washington, Oregon, and Idaho, with a proposal to Congress in December 1820. (Public domain)
(Public domain)
Share

It was 200 years ago this week when a member of Congress became the first elected official to encourage the United States government to annex what’s now Washington, Oregon, and Idaho.

John Floyd was born in what’s now Kentucky in 1783. He was elected to the U.S. House of Representatives from Virginia in 1817. He was related to Charles Floyd, the only member of the Corps of Discovery to die on that group’s epic journey, and was also related to William Clark, one of the two leaders of what’s also known as the Lewis & Clark expedition.

Floyd married into the influential Preston family of Smithfield Plantation, and it’s believed that he owned enslaved people. He was known as a proponent of states’ rights, and he was described by one early biographer as an “apostle of secession.” Floyd trained as a physician, and served as surgeon during the War of 1812, perhaps acquiring distaste for the British that would help fuel his interest in besting them in the Oregon Country.

On Dec. 19, 1820, John Floyd went before the House of Representatives and asked for authorization and funding to formally explore what it would take for the United States to begin an effort to occupy the Columbia River, or what’s now the Pacific Northwest.

“He proposes that there be a committee appointed, and it promptly is, and he’s appointed to chair it,” Wallenstein told KIRO Radio, describing what John Floyd requested from his fellow representatives 200 years ago this Saturday.

In January 1821, Floyd’s committee submitted a report, which goes into great detail about the history of the region, the various claims to the land made by Spain, Russia, and Great Britain, and the potential economic and other rewards the territory offered.

“The committee cannot doubt that an establishment made on the Pacific would essentially benefit the natives, whilst it would give this country the advantage of all its own treasures, which otherwise must be lost forever or rather never enjoyed; and, from all that can be ascertained relative to its present and increasing value, of more profit to this country than the mines of Potosí.”

The phrase “benefit of the natives” likely refers to Floyd’s plan to continue the fur trade in the region begun by the Hudson’s Bay Company and its predecessors, but also foreshadows later attempts to force Indigenous residents of the Pacific Northwest to adopt European ways of life – and cede claim to land to enable American settlement.

“By a new organization of the system of Indian trade, comprehending a settlement on the Columbia River, great benefits would result to the citizens of the Republic, whilst the aborigines would be better protected and provided for by instructing them in agriculture and the minor branches of the mechanical arts.”

But Floyd’s efforts stalled sometime in early 1821, and he tried again later that year.

“That [January 1821 report] begins the process, but it doesn’t go very far,” Professor Wallenstein said. “A year later, pretty much, it’s redux. In December [1821], he proposes the appointment of a committee, and it’s appointed, and he chairs it … and they issue a report.”

As it turned out, serious American efforts to take formal possession of the Oregon Country wouldn’t really go anywhere for another 25 years.

Nicandri says it actually makes perfect sense, given Floyd’s personal ties to the Corps of Discovery, and because of what had recently transpired for the United States, diplomacy-wise, in the previous two years.

In a treaty with the British, “the Louisiana Purchase boundary line was formalized in 1818 by a line on the 49th parallel [going] directly west until it hit the Rocky Mountains, where the United States and Great Britain could not agree, so they agreed to jointly occupy the Oregon Country,” Nicandri said.

“The Adams-Onís Treaty in 1819, by the Spanish cession of their rights to Oregon, supplements the American claim, and that, I believe, is what prompted Floyd to begin laying the groundwork for an eventual American annexation,” Nicandri said.

With those treaties being signed and those boundaries being drawn in the lead-up to Floyd’s proposal, the Oregon County becomes not quite the last piece of the puzzle of what’s now the continental United States, since the Spanish still controlled California and the Southwest, which wouldn’t change until 1846. So it’s no coincidence that 1846 was also the year that the United States and Great Britain finally ended their joint occupation of the Oregon Country, and fixed the boundary between U.S. and British territory at the 49th parallel.

Virginia Tech’s Wallenstein gives John Floyd credit for crafting a fairly comprehensive vision of what it would take to properly occupy the Oregon Country.

Floyd knew, Wallenstein said, that “if you’re going to seriously settle an area, then you need to send off more than simply a platoon of soldiers. It can’t be simply an occupying force, and you’ve got to send something off that’s more than simply a fort with some traders in it.”

Floyd, Wallenstein added, “stressed the economic part, he stressed the military part, but he recognized the social part as vital. And so he wanted to see the place settled by whole families. He wanted to see Pa show up with Ma and a brood of little ones, because only that would make a settlement permanent.”

To that end, Wallenstein said Floyd “also very clearly had something that was an early version of the Homestead Act” in his proposal – offering “pieces of that land to pull people in so that they’ll be economically independent when they get there” – which, of course, would also would require forcing Indigenous peoples to cede their lands (and which, when it was implemented via treaties in the 1850s, ultimately contributed to much bloodshed in the Pacific Northwest).

So why, then, did John Floyd’s proposals to occupy the Oregon Country 200 years ago stall out?

Nicandri says one thing that made annexation a harder sell was the reputation the Northwest already had, even then, for crummy weather.

“Lewis and Clark in their journals published in 1814 painted such a dismal and bleak picture or the inhospitable dank rainy climate of the Northwest,” Nicandri said, “it created an indelible image in policymakers’ minds in that era, and so there was a pronounced a subset of opinion that suggested that the Oregon Country wouldn’t lend itself to settlement.”

A larger or more forceful American occupation, as proposed by John Floyd, would run counter to the terms of the 1818 treaty with the British.

“So why go through all the diplomatic hassle and potential tumult with Great Britain to force the issue?” Nicandri asked, and for such a seemingly undesirable place.

Lewis & Clark historians will recall, of course, that the Corps of Discovery visited the region from the late autumn of 1805 to the early spring of 1806, typically the wettest and stormiest months of the year.

Like so many ideas that eventually do get adopted, Nicandri says that because of the political realities and technological limitations in the United States 200 years ago, Floyd was simply ahead of his time.

“Floyd’s effort in 1820 was completely visionary,” Nicandri said. “And from a diplomatic framework, given the strength of Great Britain and the United States at that time, before the technology of railroads – that would have effectuated an actual link between the Atlantic Seaboard and the Pacific – and with no actual American settlers in a position, and with a means of getting to the Oregon Country, it was in many respects a completely fanciful gesture.”

“And with American statecraft a generation later, it was brought into being,” Nicandri said.

But John Floyd wouldn’t live to see any of it, though the remaining years of his life were not uneventful. After 12 years in Congress, he served as governor of Virginia for two years. In 1832, South Carolina delegates supported him for the presidency in the wake of President Andrew Jackson’s actions during the so-called Nullification Crisis. John Floyd died in 1837 at age 54.

Professor Wallenstein had a suggestion for how John Floyd – with his ownership of enslaved people, his association with secession, and his attitude toward Indigenous peoples – might best be commemorated in the Old Oregon Country.

“First, you should put up a statue, because he really ought to be recognized for his very significant role in Oregon history,” Wallenstein said. “And then you should take down his statue for these other related parts of his life.” 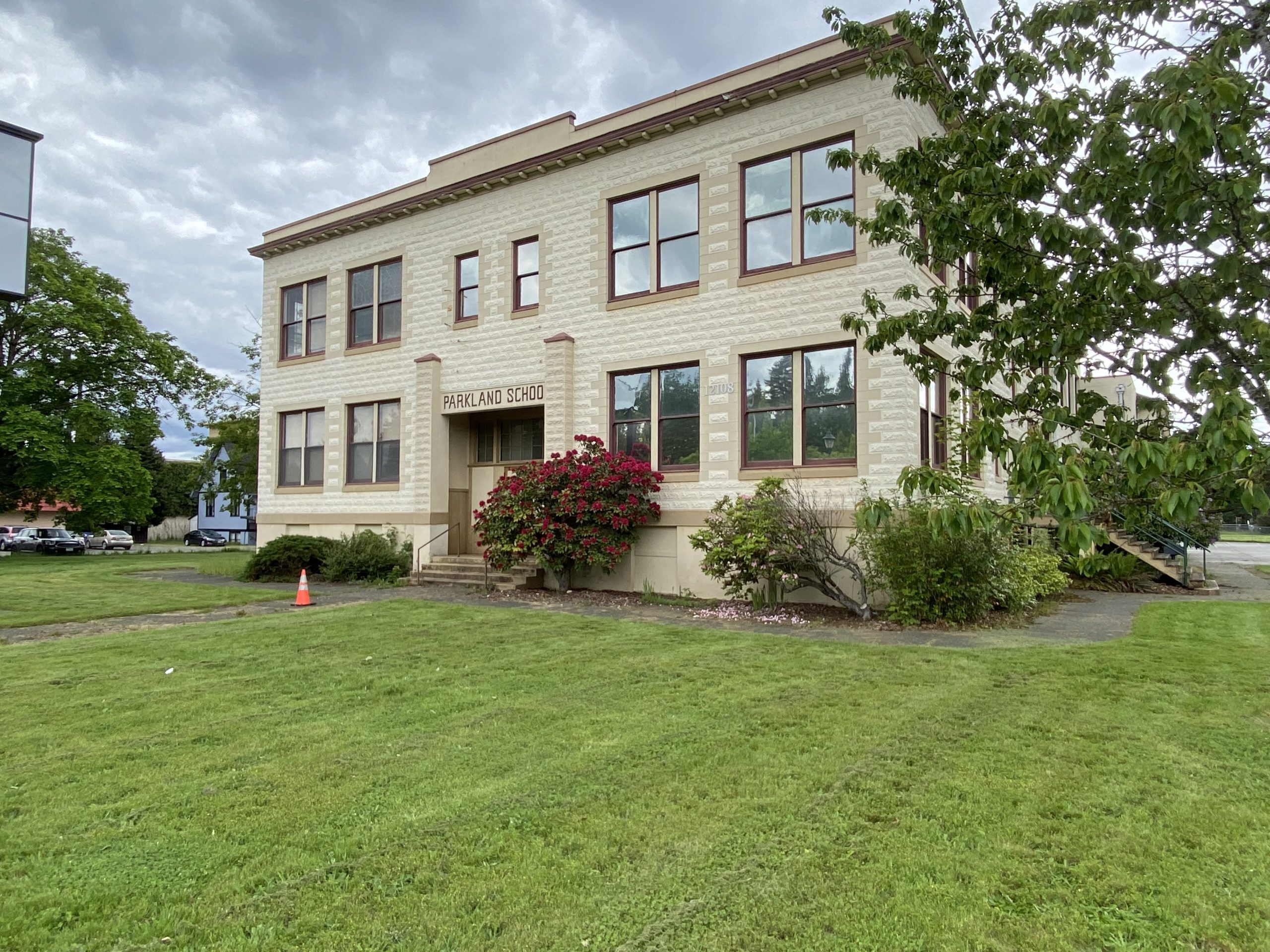 Snohomish Health District SPONSORED — Cheers to the parents and guardians who keep their kids safe and healthy. The dad who cooks a meal with something green in it, even though he’s tired and drive-thru burgers were tempting. The mom who calms down the little one who loudly and resolutely does NOT want to brush […]
Close
The Pacific Northwest Bicentennial you’ve never heard of