Mercer Island MD: ‘People are going to get tired of getting vaccines’ 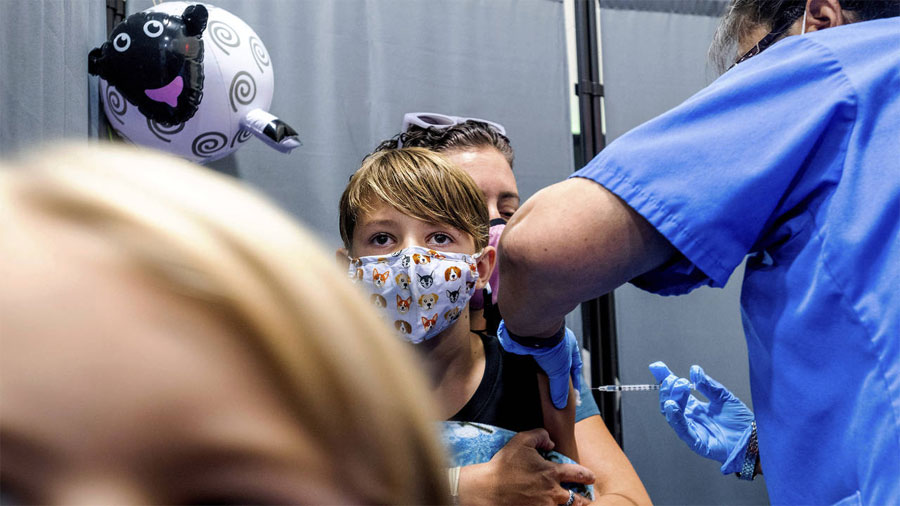 With eligibility for a fourth COVID-19 shot opening up for those ages 50 and up, could enthusiasm for getting the vaccine wane with each subsequent dose?

That’s a concern cited by Mercer Island Dr. Gordon Cohen, who worries that the possibility that getting a booster shot every few months may have some people opting out.

Dr. Cohen points to the fact that a relatively small percentage of Americans ages six months and older typically even choose to get yearly flu shots. In the 2019-2020 flu season, the Centers for Disease Control estimated that just 52% of those ages six months and older got the vaccine, falling well short of the 70% target set by the U.S. Department of Health and Human Services.

As UW Virology’s Dr. Keith Jerome told Dave last week, there’s also a good chance that COVID-19 will likely be present for the foreseeable future, and that as a nation, “we’re going to have to learn to live with it.” In practice, that would mean a yearly shot to mitigate against the spread of the virus in the winter when more people are indoors for long periods of time, but even that could prove too onerous, Dr. Cohen predicts.

UW researchers: ‘The pandemic phase of COVID-19 is gone’

“Frankly, even once a year is potentially problematic,” he opined.

Even so, health experts and leaders continue to stress the importance of getting the vaccine, particularly as a means to avoid severe illness in the event of a breakthrough infection. And for those eligible for a second booster shot, Cohen advises that it still “very much worth considering.”

With minimal travel time required and every activity under the sun, Anacortes is the perfect vacation spot for all ages.
Close
Mercer Island MD: ‘People are going to get tired of getting vaccines’