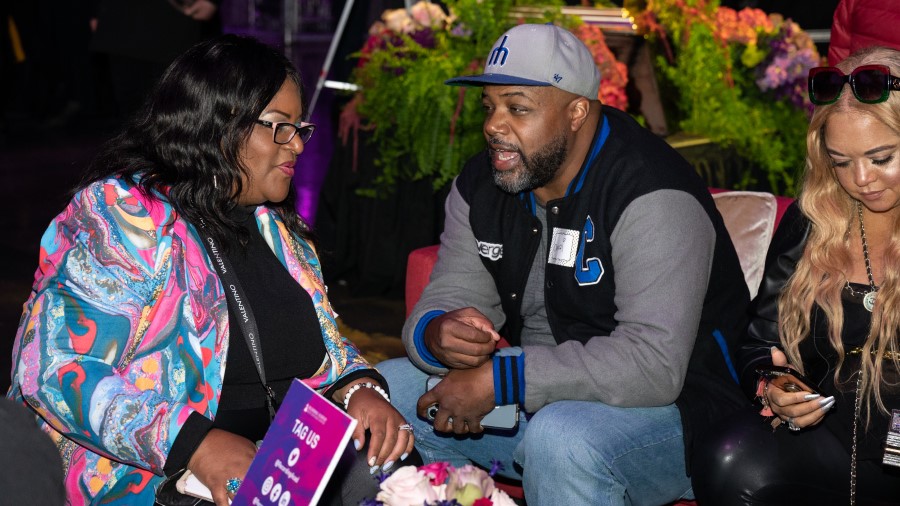 Omari Salisbury — CEO of Converge, a media outlet that caught national attention for its coverage of Seattle-area protests following the murder of George Floyd — is stepping down from hosting the company’s flagship Morning Update Show.

“This gives me an opportunity to kind of step back … to reinforce our existing shows and work with them. But also, we’re spreading our footprint across the Pacific Northwest and down in Portland … in Spokane and Anchorage, we really want to anchor ourselves as a world-class company in telling the black story across the Pacific Northwest,” Salisbury told KIRO Newsradio.

The flagship news program will continue in the form of The Day with Trae, hosted by the current co-host TraeAnna Holiday. In a blog post detailing his decision to step down, Salisbury described ongoing physical injuries and “mental scars” that he incurred during his coverage of the George Floyd protests.

“I’m exiting stage left, but it’s gonna give me an opportunity to uplift our other additional programming and really get more into news and issues in our community,” Salisbury said. Converge announced Tuesday its partnership with The Vida Agency, a public relations firm that emphasizes its pursuit of amplifying voices of minority communities.

While Converge rose to prominence with its coverage of the George Floyd protests, Salisbury prides Converge’s amplification of issues that affect the black community which extends beyond policing. As an example, he pointed to the difficulty that black-owned businesses can have in securing loans.

As a black-owned business itself, Converge has its own issues with financing, which Salisbury sees as indicative of a systematic problem facing the black community in the Seattle area. That kind of problem is one on which Converge seeks to report.

“KIRO FM, here’s Converge. We’re in our sixth year. We’ve won almost every award there is to win. We’ve been in the black for six years, and we cannot get a loan. Converge can’t even get a $500 credit card,” Salisbury continued.

The CEO and journalist addressed disproportionate levels of homeownership in the Seattle area as an example of an issue that’s underserved in the media at large.

“I would say that a lot of times in media, they sum up all black people’s issues around police. And two years ago, before the protests, there was a white income gap between black people and white people, and homeownership was in decline. We do ourselves a disservice if we bottle up all the issues that have impacted black people around one policy, There are larger issues that should be discussed,” Salisbury added.

Snohomish Health District SPONSORED — Cheers to the parents and guardians who keep their kids safe and healthy. The dad who cooks a meal with something green in it, even though he’s tired and drive-thru burgers were tempting. The mom who calms down the little one who loudly and resolutely does NOT want to brush […]
Close
Omari Salisbury ‘exits stage left’ of Converge Media’s flagship show