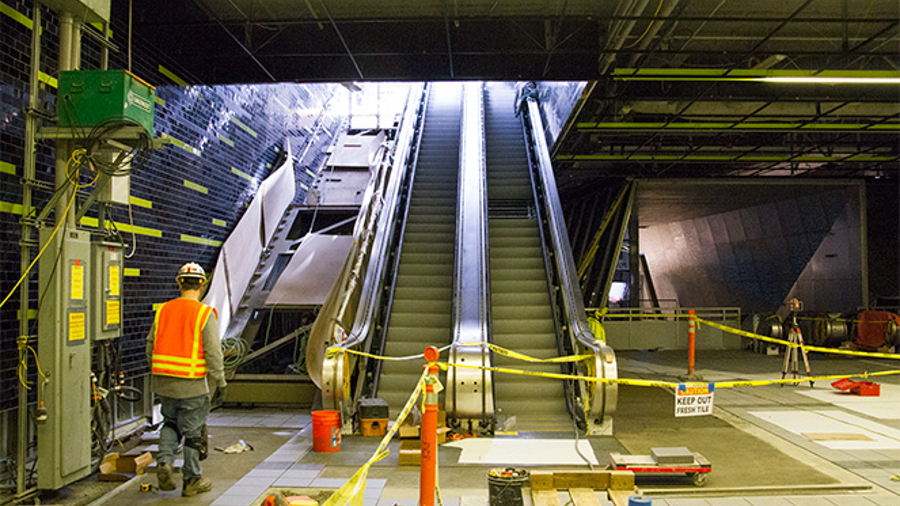 Passenger “misuse,” rather than anything Sound Transit could control, is to blame for most escalator failures, according to Sound Transit’s Vertical Conveyance Deputy Director John Carini.

During a presentation to the Seattle Pedestrian Advisory Board about Sound Transit’s frequent escalator and elevator outages on Wednesday, Carini talked at length about what the light-rail agency is doing to keep riders informed about equipment malfunctions, noting that the agency relies mainly on the public, rather than internal systems, to let it know when its equipment is down.

Harrell appoints next director of Seattle Department of Transportation

It will be 2024 or later before Sound Transit stops relying on what Carini calls “the human factor” to keep them up to date on equipment failures.

“What a lot of people don’t understand is mechanical failures account for about 38% of our total outages,” Carini said.

“Misuse” is responsible for 32% of equipment failures while “environmental” — which includes debris users drop that damage said equipment — stands at 15%.

Sound Transit is exceeding its targets for elevators and escalators in service, according to Carini, with the data excluding the downtown light rail tunnel, which Sound Transit took over in January 2021.

According to Sound Transit’s performance tracker, one in three tunnel escalators is down at the downtown light rail tunnel at any given time.

Sound Transit announced it will keep working to repair the broken-down equipment, while also upgrading its elevators and escalators with equipment to ping the agency when they break down, rather than relying on security personnel or the general public to let them know when something breaks down.

A pilot program is in place at Beacon Hill, according to Carini, that gives live updates on the status of the equipment, the quality of the rides, when the station is most in use, and if something is running or not running.

Sound Transit is also currently setting up a schedule for replacing the downtown elevators and escalators, with the exception of the International District station, where construction is supposed to start in 2024.

Celebrity Cruises SPONSORED — A round-trip Alaska cruise from Seattle is an amazing treat for you and a loved one. Not only are you able to see and explore some of the most incredible and visually appealing natural sights on the planet, but you’re also able to relax and re-energize while aboard a luxury cruise […]
Close
Passenger ‘misuse’ biggest cause of light-rail escalator failure, Sound Transit says