Marines burning an "enemy" shed at what's now Magnuson Park on August 3, 1952 as part of a dramatic training exercise and public display. (US Navy)
(US Navy) August 3, 1952 was a Sunday. An elementary schooler named William Gaeth was living in View Ridge on 51st Avenue, right above the old Sand Point Naval Air Station that’s now Magnuson Park. All over the city, Seafair was underway for just the third time as Seattle’s annual summer festival.

Gaeth is now 77 years old and lives in Hawaii, but he’s a regular listener to KIRO Newsradio. He emailed some memories of what he saw and heard that day 70 years ago and then spoke with KIRO Newsradio earlier this week.

The first thing Gaeth said was that it was fun for a kid to live near an active U.S. Navy base. Though in 1952, Sand Point was a pretty sleepy place – mostly for Naval Reserves, with so-called “weekend warriors” coming and going, not very often, in World War II-era prop planes.

“So you can imagine our excitement one day when my seven or eight-year-old buddies and I looked down the hill and saw, positioned outside of Sand Point, a number of larger Naval vessels,” Gaeth told KIRO Newsradio. “But by gosh, there they were, and we sure knew it was not going to be your typical summer day in Seattle.”

Gaeth was right. It was not a typical summer day. What he and his friends were witnessing were the opening moments of “Operation Seafair,” described at the time as the “biggest freshwater amphibious assault exercises” in Navy and Marine Corps history.

With 8,000 people looking on from bleachers near the beach and the same number estimated to be watching from outside the fence – including William Gaeth and his pals – 17 Navy vessels stood offshore with some 3,000 personnel. The vessels, which had all come through the Ballard locks, included two rocket ships, four destroyer escorts, two seaplane tenders, and a patrol craft.

Overhead, a group of eight Corsairs from the Black Sheep Squadron – those gull-wing fighter planes, made famous by Seattle’s “Pappy” Boyington and by the 1970s NBC TV series starring Robert

Probably most exciting of all was when the exercise kicked off with the surfacing of the USS Volador – a 300-foot long US Navy submarine, right there in little old Lake Washington, emerging from the waves just 200 yards offshore. As the Volador appeared, it began firing depth charges and other explosives.

Next, Navy “frogmen” came ashore, blowing up obstacles so that amphibious landing craft could then safely bring 300 Camp Pendleton Marines to the beach. Their objective was a wooden shack – where the “enemy” was hiding – which, naturally, the Marines torched with flamethrowers, and then pumped full of blanks from their firearms.

Meanwhile, from the ships offshore in the lake came what was described as a “noisy simulated shore bombardment.” The exercise was a training mission for active duty and reserve officers and men, but it was also a visible and audible demonstration of American military might at the height of the Cold War – and while the Korean War was still underway.

As for seven-year old William Gaeth, who used to play Army with his View Ridge buddies back then – arguing about who would get to pretend to be Audie Murphy– well, “Operation Seafair” clearly made an indelible mark.

“We had World War II going in our front yard, and it just doesn’t get any better than this,” Gaeth observed, chuckling at the memory from seven decades ago. “It was a highlight of my seven-year-old year in 1952.”

To hear William Gaeth tell it – and to see the photos uncovered by local military and aviation historian Lee Corbin– “Operation Seafair” might just have been more exciting than that more recent Seafair tradition: the Blue Angels.

And probably just as noisy.

You can hear Feliks every Wednesday and Friday morning on Seattle’s Morning News with Dave Ross and Colleen O’Brien, read more from him here, and subscribe to The Resident Historian Podcast here. If you have a story idea or a question about Northwest history, please email Feliks here. 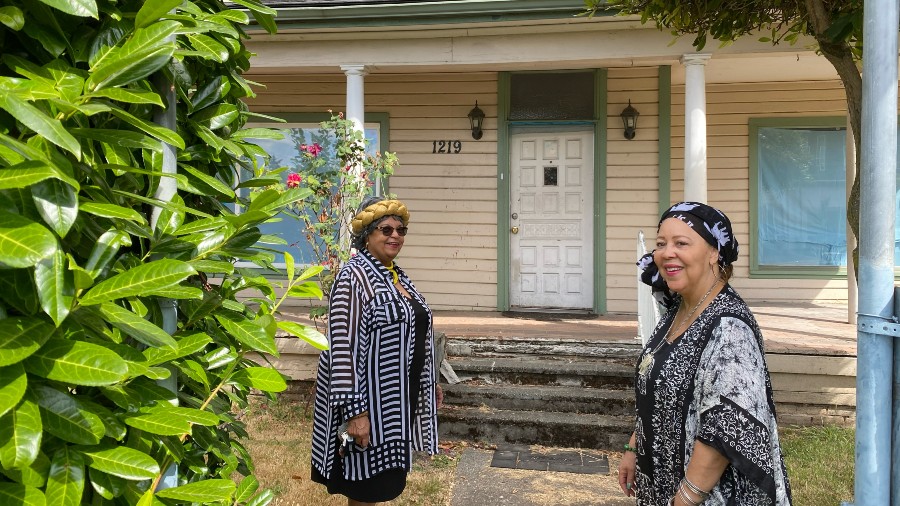 Lake Washington Windows & Doors SPONSORED — Fiberglass windows are an excellent choice for window replacement due to their fundamental strength and durability. There is no other type of window that lasts as long as fiberglass; so why go with anything else? Fiberglass windows are 8x stronger than vinyl, lower maintenance than wood, more thermally […]
Close
All Over The Map: Submarine, fighter planes and Marines attacked what’s now Magnuson Park